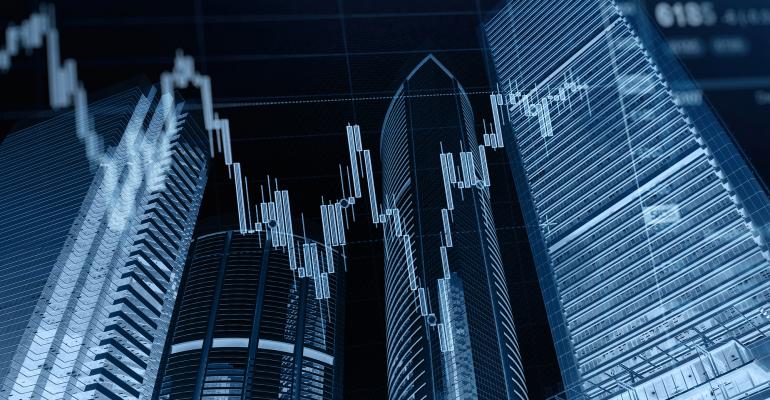 When the COVID-19 pandemic forced companies around the country to send their workers home in the spring of 2020, some market observers began to worry about the long-term impact on the office sector, especially after “a few weeks to flatten the curve” turned into months and then a year and media outlets published stories claiming that the office is dead forever and everyone wants to work remotely. Many casual observers predicted that businesses would abandon their headquarters in big cities and either go entirely remote or switch to smaller hubs in the suburbs. This would lead to vast amounts of empty office space around the country and defaults on loans backed by those buildings.

In reality, a combination of long-term leases on office space, many companies’ reluctance to make permanent real estate decisions based on an abnormal situation and lenders’ willingness to do workouts with borrowers had led to a fairly stable situation where a lot of existing office loans are concerned.

A mid-October report from Moody’s Investors Service found that even under the most severe projected economic strain, the value of office properties in non-bank lender’s loan portfolios would decline by 11 percent between today and year-end 2023. By comparison, office building values declined by 24 percent during the last real estate downturn, between 2007 and 2011. The performance of non-bank lenders’ office loans serves as an important bellwether as these lenders have an outsized exposure to the sector, at 35 percent of their total property loan portfolios.

Moody’s estimates that as of August 2021, the delinquency rate on CMBS loans backed by office properties averaged 2.60 percent, far below the overall CMBS delinquency rate of 6.22 percent. And the firm’s researchers project that with plenty of capital and reserve buffers to deal with potential losses, non-bank lenders’ office portfolios should continue to post a stable performance over the following 12 to 18 months.

Likewise, the September data from research firm Trepp LLC shows that the office loan delinquency rate currently averages 0.9 percent, up 10 basis points compared to pre-pandemic. The loans hit the hardest by COVID-19 were those backed by hotel and retail properties, which reached delinquency rates of 11.9 percent and 4.9 percent respectively.

Moody’s researchers note that most of these loans are first mortgages on class-A properties in major markets owned by deep-pocketed institutional investors, and feature low loan-to-value (LTV) ratios (averaging in the mid-60 percent) and short tenors of three to four years. The conservative LTVs create a buffer for the lenders to deal with potential value declines even in a severe downturn, while the owners’ considerable reserves of equity allow them to avoid having to walk away from their assets.

According to James Dunbar, senior managing director with the mortgage team of global alternative investment advisor Varde Partners, the pandemic had a minimal impact on the firm’s office loan portfolio, which he attributes to Varde’s underwriting standards and loan origination criteria.

What’s more, class-A properties continue to be the most attractive to tenants and usually require less investment in capital improvements to compete for new leases as the recovery takes hold.

Willing to work on it

Non-bank lenders’ willingness to do loan workouts also helped reduce delinquencies on their office loans and avoid bankruptcy losses. Another Moody’s report noted, “Forbearance and loan modification appear to be prevailing practice in dealing with COVID-19-related troubled loans across the CRE industry… These helped drive lower delinquency rates, as many borrowers are no longer behind on mortgage payments under the modified loan terms.”

The predicted rise in foreclosures and debt sales just didn’t happen, according to CBRE’s Millon—no one completely sold off a loan book. “The pandemic was no one’s fault, and banks restructured loans,” he notes, adding that some lenders stepped-up interest rates to recover losses and others recapitalized loans.

And the long lease terms inherent in office transactions contributed to a more muted effect on office fundamentals than was projected, he notes.

The pandemic has lasted longer than anyone expected, and Millon admits that the office sector still has a ways to go before it returns to where it was pre-COVID-19. “Leasing is picking up, giving us an idea of where the market is at,” he says, noting that while there was no “light-switch” return to the office, tenant occupancy in New York and other gateway cities is ticking up weekly.

Dunbar also remains bullish on the return to office over the long term. He notes that improvements in underlying market fundamentals have resulted in stronger loan performance, including payoffs of forborne amounts ahead of schedule. He concedes, however, that “we expect tenants will have a near-universal need to re-evaluate their space requirements over the coming years as leases expire.” That has led to questions around the future of the office sector that have yet to be answered.

As a result, some non-bank lenders have reduced their office loan exposure over the past year and a half. For example, Starwood Property Trust and Blackstone Mortgage Trust, which has the highest concentration of office loans in the non-bank universe at 53 percent, both reduced their exposure to the office sector by 16 percent and 8 percent respectively since the pandemic began, Moody’s reports. “The pandemic caused uncertainty, and lenders are constantly focused on downside risk,” Million says.

At the same time, Apollo Commercial Real Estate Finance, Claros Mortgage and KKE Real Estate Finance increased their office loan exposure by 41 percent, 30 percent and 26 percent, respectively. Office buildings with life sciences components have been a big factor in the growth of these portfolios.