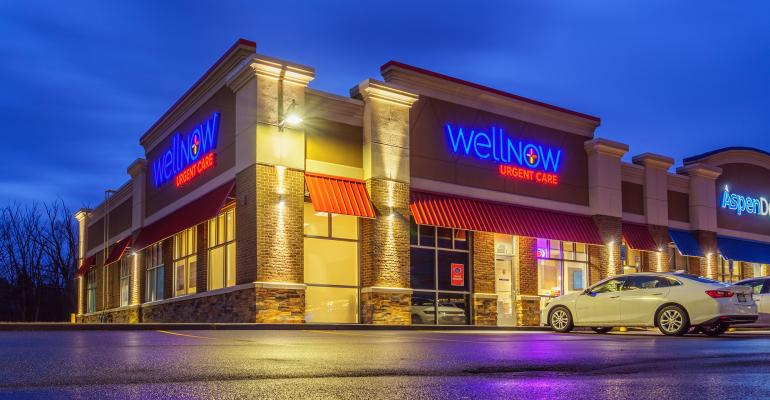 There is more than 50 million sq. ft. of medical office development currently in the construction pipeline throughout the United States.

America’s aging population continues to drive demand for medical services, and that, in turn, is helping fuel activity in the medical office development pipeline. That’s on top of an also robust market for investment sales for the sector.

The industry saw $7 billion in capital investment in medical operations in 2021 and expects to see a big portion of that in 2022, according to Todd Perman, vice chairman of global healthcare services for Newmark. That’s driving a demand for space and more buildings.

“Healthcare is one of those high-demand services that you end up with, that even when you go into a recession, you will see people focus on their health,” Perman says. “That speaks well for the medical office and the other sectors related to healthcare.

As for concerns of people getting their care via the phone or internet, Shawn Janus, national director of healthcare services for Colliers, says telemedicine comprised 1 percent to 3 percent of the marketplace prior to the pandemic and jumped as high as 50 percent to 70 percent, depending on the specialty. It’s down to 17 percent now and is expected to settle in the low teens, he says.

“You still need to see your doctor and have that touch and feel between the patient and provider,” Janus says.

Lee Asher, who leads the healthcare & life sciences capital markets team at CBRE, adds that the outlook is favorable even in an environment where there’s inflation and talk of a recession. The medical office sector performed well during the global financial crisis and the pandemic, he says.

“I think there will be a lot of attention on both the tenants and the medical office sector itself as a place capital wants to deploy their money,” Asher says. “There’s also a growing need, especially in the Sunbelt states that are seeing population growth like Texas, Florida, Tennessee and Colorado where you see an influx in population. That population by default has healthcare needs and that’s going to drive demand for the providers to continue to grow and expand their practices. It’s very favorable in the next 12 months.”

During the pandemic, a lot of the larger health systems and physician groups that would have otherwise been out in the market taking space put on the brakes, Ives says. He sees a lot playing out going forward.

“All of that demand for one to two years that would have otherwise been out there is likely going to catch up,” says Travis Ives, an executive director with Cushman & Wakefield’s who heads its U.S. healthcare capital markets team. “We have already heard from developers that their pipelines are pretty full and health systems that are all putting those projects back on the table. I think you will see active development adding new inventory across the country, especially in smile states. It will be pre-leased and not add a lot of vacancy to the market. Vacancies will be low and rent growth will continue to play out and there will be more development and more conversion from office to medical where that makes sense.”

Analysts says the focus on new construction has been towards smaller buildings with fewer tenants so patients can easily get in and out of the complex. The pandemic accelerated a trend of patients not wanting to be in a hospital campus setting for fear of catching diseases.

“They want something less crowded and more convenient,” says Bryan Lewitt, a managing director for healthcare in JLL’s Southern California.

Asher says another reason practices are moving off campus is because there are fewer restrictions. Physician groups want flexibility with marketing and branding, and moving into a retail-oriented building provides visibility and allows for signage, he says.

Some practices are even going into available office space if it can be converted, analysts says.

Medical offices are being designed to use less space and drive the same care in a more efficient manner, Jacobson says.

“You have the staff in the middle and a corridor that looks like an H so staff can cut through areas with exam rooms on the outside,” Jacobson says. “They want to reduce the amount of steps taken.”

Todd Perman, vice chairman of global healthcare services for Newmark, says he doesn’t expect hospitals to use general offices as much going forward when employees can work from home.

“For their back office, they may not lease space anymore,” Perman says. “We have seen that with a lot of hospitals we advise. They have forgone their corporate offices and repurpose it for medical office use or get rid of it all together.”
Perman says the days of smaller offices with different doctors within multi-tenant buildings are also fading. They’re seeing larger blocks of space that are being occupied by larger practices or hospital-based practices.

“We also see a trend in private-equity backed groups looking to scale on a larger basis with larger specialty groups and primary care groups and adding specialties,” Perman says. “That puts a puzzle together within four walls of one building rather than separate spaces for each doctor’s office.”

“Private equity is the source of a lot of tenants, and they’re keeping the market going because a lot of the healthcare systems had a pause on growth plans because they had to serve the pandemic,” Lewitt added.

Ives says one of the bigger trends to watch is how the pandemic changed where people want to live, whether it’s moving out of an urban area to the suburbs or migrating to the Sun Belt and other locales.

“They built a system around where people live and work, and the pandemic created a catalyst that prompted people to relocate within metropolitan areas and to other parts of the country, ” Ives says. “Healthcare isn’t known for moving fast, but now it has to play catchup to maintain market share and serve that population. That’s a theme talked about for a while in traditional office space with employees moving to the suburbs and not commuting downtown anymore. Now the same theme is going to play out in medical office too. I think you’re going to see healthcare providers starting to expand services in the suburbs where they may not have been as aggressive in that growth strategy had it not been for the pandemic and dislocation of the population as a result.”