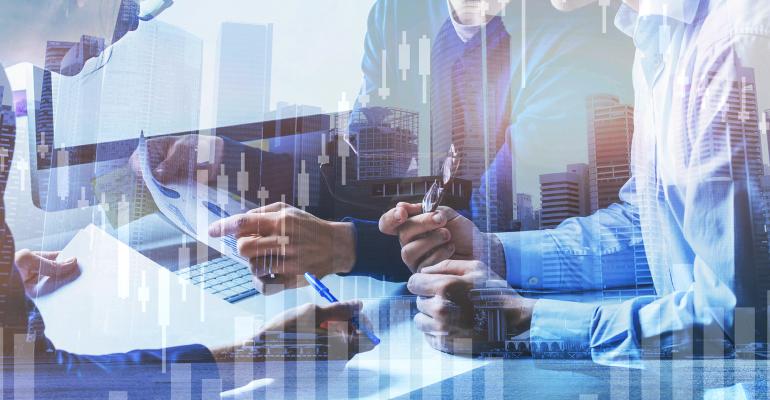 Inflation is rising. But it’s unlikely to have a significant impact on office rents.

It used to be that office leases would use the consumer price index (CPI) as a basis for rent increases. According to the U.S. Bureau of Labor Statistics, the CPI rose by 5.4 percent over the last 12 months, as of September, driven to a large extent by an increase in gas prices. The CPI has been rising for months and the Federal Reserve expects inflation to average 4.0 percent over the coming year, before falling to about 2 percent a year by 2023.

But a New York Times report published earlier this year noted that a number of highly respected independent economists forecast that inflation has the potential to reach 7.0 percent over that time period.

So how might this impact office rents? The answer may depend on several factors.

An analysis by commercial real estate services firm CBRE notes that the impact of CPI adjustments on commercial real estate depends on the causes driving inflation. If the cause is strong economic growth, rising CPI opens up the avenue for landlords to raise rents, by lowering vacancy levels. But if the inflation is driven by the higher cost of goods and coupled with stagflation, it can in turn make it more difficult to raise rents.

The current CPI increase is driven in large part by the pandemic’s impact on the global supply chain, resulting in price surges for certain products that might have to be shipped from overseas or need components manufactured abroad. But with the post-COVID-19 world still in a state of disarray, this year the CPI has been fluctuating up and down, rather than steadily ramping up, notes Calvin Schnure, senior vice president for research and economic analysis with industry group Nareit. Several months ago, the CPI was over 10.6 percent, Schnure says—now it is down to 5.4 percent. However, compared to last year, when the CPI rose by just 1.4 percent, it remains a concern.

Meanwhile, the situation around the long-term demand for office space continues to be fluid, as office tenants are still trying to find the right balance between in-office and remote work and, in many cases, have not made final decisions about how much office they might need in the future.

As a result, industry insiders forecast that the CPI’s impact on office rents will be minimal, if it registers at all. “Rent escalation clauses based on the CPI are not as common as they were two or three decades ago, when we had higher and more persistent inflation,” notes Schnure. “The strength of supply-demand is more important in rising rents. A shift in overall demand for office space would have a bigger impact on rents right now than would the CPI.”

In fact, most annual office rent escalation clauses are no longer tied to the CPI, but have over the past 15 years been changed to a fixed percentage or dollar amount increase that generally kicks in 13 months after the start of the lease, according to Chicago-based Adam Showalter, managing director with Stream Realty Partners, a national commercial real estate services firm. In recent years, those escalations have stabilized at about 2.0 to 3.0 percent a year.

Even if the escalation clauses are tied to a variable factor like the CPI, there is usually a cap on how much rents can rise, notes Byron Carlock, who leads the U.S. real estate practice at professional services firm PwC.