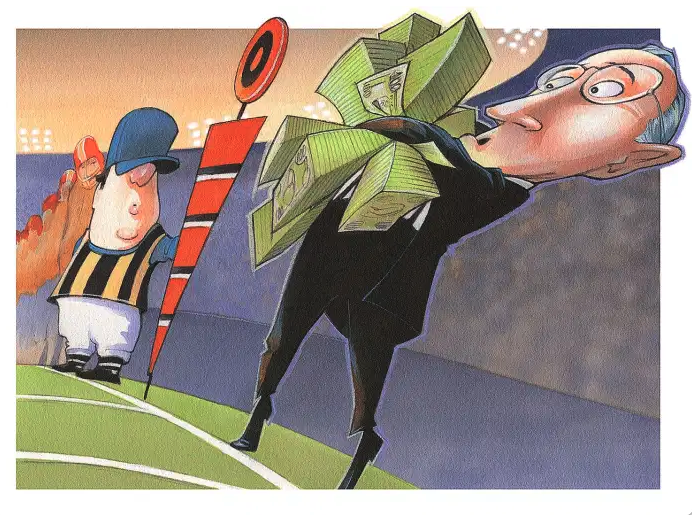 Ron Dickerman traveled to San Francisco in the depths of the great financial crisis (GFC) to meet with a wealthy private investor, just one stop among many as he traversed the country as part of a road show, of sorts.

It was around seven years since Dickerman had founded his private equity real estate investment company Madison International Realty in 2002. The investor told him: “We’re in the middle of a global financial crisis and a recession, and I have $1 billion in the bank and I want to start buying assets.”

That investor, though, thought the downturn was an “opportunity-less recession.”

“His view … was that there was not a lot of price capitulation” — or when losses in value amid a downturn lead to a period of broad, panicked selloffs in the market — Dickerman said. It’s something that naturally occurs ahead of a recovery. “In hindsight, there actually was price capitulation, and prices have risen dramatically since 2009 and 2010. But, at the time, it didn’t feel so cheap.”

Commercial real estate is gradually coming back to life from the pandemic as the U.S. starts to ramp up for a summer reopening. Most signs point to the country being poised for a significant economic expansion, and institutional investors have been busy beefing up to take advantage of the developments.

Looming over the real estate sector for years now has been a massive pile of cash reserves held by private real estate funds. According to recent data from Preqin for April 2021 (reported by The Wall Street Journal), private real estate investment funds are sitting on around $356 billion in unspent cash, which is about $1 billion more than in December 2019, before the start of the pandemic, and more than double what existed at the end of 2008. Over the last two decades, the amount of capital held by these funds has ballooned by about $330 billion (the GFC also spawned a wave of new entrants raising money to invest in real estate.)

During the coronavirus pandemic, pension funds and other large institutional investors decided to allocate more capital to commercial real estate investment. Despite pricing uncertainty, and the fact the pricing capitulation hasn’t yet materialized in this downturn, real estate presents a solid hedge against the risk of rising inflation, while exhibiting a relatively stable and strong return profile.

In a survey published at the end of 2020 by advisory firm Hodes Weill & Associates and Cornell University, the average allocation target to commercial real estate, globally, by large institutions ticked up slightly in 2020 to 10.6 percent, from 10.5 percent in 2019. There were 212 institutions from 29 countries that responded to the survey, and altogether, they carried $12.6 trillion in assets under management (AUM), with a combined portfolio of real estate investments amounting to $1.3 trillion.

Last year, large Swedish pension fund Alecta was one of the leaders in growing its targeted allocations to real estate, according to the Hodes Weill and Cornell survey; Alecta, which has about $119 billion in AUM, decided to target 20 percent of its investment capacity to real estate, up from 12 percent in 2019. Elsewhere in Europe, the $84.3 billion Dutch pension fund, Industry Pension Fund for the Construction Industry, decided to increase its allocation to the sector by 300 basis points, to 19 percent.

In the U.S., one of the country’s largest pension funds, the California State Teachers’ Retirement System, which has about $262.5 billion in AUM, indicated that it was growing its allocation to real estate, while smaller funds and endowments like the Kansas Public Employees’ Retirement System or the University of California General Endowment Pool followed suit, according to the Hodes Weill and Cornell survey.

Keith Breslauer, founder of London-based, real estate private equity firm Patron Capital Advisors, told Bloomberg in April that “there is a lot of money on the sidelines looking for yield and you have a market that will rebound quite considerably … That’s why 2021 is interesting.”

Dickerman’s Madison International Realty closed its Liquidity Fund VII in March 2020 at $1.2 billion, and it was reported at the time that investors in the fund included high-net-worth individuals, insurance companies, endowments, foundations, public and private pension funds, sovereign wealth funds and family offices located throughout the U.S., Europe and Asia Pacific, as well as the Middle East.

He said general investor sentiment around real estate and what it means for his own fundraising has been positive, but Dickerman declined to comment further. He added that the overarching feeling within the real estate community is that investor interest has shifted, “becoming sector aware more than ever before … they are much more focused on [specific] sector exposure.”

And it shows, with investment firms large and small having shifted to focusing more on “pandemic-friendly” asset classes, such as industrial, life sciences, multifamily and single-family homes for rent in a move to align with their investors.

Madison International Realty has a rich history in retail. It owns high-profile pieces of real estate in some of the world’s biggest markets, like London’s large shopping and entertainment hub Covent Garden or Brooklyn’s Atlantic Center. And, while that might spell trouble amid a pandemic, the firm has taken big steps to capitalize on the coveted asset classes of the COVID-19-era. The company is a consistent player when it comes to joint ventures or buying shares in public companies, and it leveraged that strategy to put itself in advantageous positions for its investors.

It’s clear the appetite is there, but that powder keg of hundreds of billions of “dry powder” that’s existed for many years in real estate private equity and continues to grow still isn’t ready to explode.

What’s important is in all the asset classes that people want to buy, the price capitulation that might drive waves of transaction activity has not materialized, Dickerman said. Commercial real estate prices during COVID-19 did not plummet in the same fashion as during the GFC, and they began a rebound just six months later in September 2020, according to analytics firm Green Street’s U.S. Commercial Property Price Index.

The federal government’s support of the economy helped prop up many real estate subsectors, but that didn’t completely prevent the pandemic from sinking its teeth into leisure, hospitality, and retail.

Still, the latest figures out of the Labor Department point to the recovery story.

The country added 599,000 jobs in May, surpassing some economists’ expectations and providing hope after a lull in April. Fitch Ratings had expected to see about 400,000 to 500,000 new jobs added in May and it expects to see those figures each month over the next several months, the firm’s chief economist, Brian Coulton, told Commercial Observer.

For example, in November 2020, Madison invested $200 million in IQHQ, an influential life sciences real estate investment trust (REIT) chaired by Alan Gold, who founded cannabis real estate financier Innovative Industrial Properties in 2016 and previously served as the CEO of life sciences REIT BioMed Realty before it was sold to Blackstone in 2016.

Large investment managers and developers like Blackstone and Brookfield, as well as shops like Oxford Properties — the direct real estate investment arm of Canada’s Ontario Municipal Employees Retirement System, one of that country’s largest pension funds — have made big strides into coveted COVID-19 sectors in the U.S. and abroad.

Investment management firms have also been developing war chests for debt originations or acquisitions at a feverish pace. Before the end of 2020, Blackstone Real Estate Debt Strategies closed an $8 billion debt fund vehicle, its largest to date. And just several weeks later, in January 2021, Fisher Brothers’ Lionheart Strategic Management closed a mezzanine debt fund of around $250 million in capital funded by a U.K.-based investor.

And while the labor market is still down about 8 million jobs from pre-pandemic, jobs in leisure, hospitality, and education saw upticks in hiring in May, and consumer spending has also come roaring back — supported, in part, by stimulus measures. It serves as an early sign that as the pandemic continues to wane, supply is catching up with demand in the job market. In an April survey from the Bureau of Labor Statistics as part of its jobs report, about 3 million people indicated that they weren’t able to search for work because of pandemic-related restrictions.

“I think maybe the demand has come back quicker than the supply,” Coulton said about hospitality, leisure and travel. “And it may well be that it’s a less attractive sector to work in than before; it’s a low-wage sector, and it will be the first to be hit if the pandemic rears its head again.”

Inflation has been slowly ticking up, too, as all the while the Federal Reserve has helped keep interest rates down via its bond-buying programs. Still, there’s a long way to go before the Fed begins to consider tapering back its bond buying in favor of raising interest rates, which would in turn make borrowing more expensive for real estate investors, Coulton said.

“I think it would be premature, even if we [had gotten] a million jobs in [May],” he said, adding that the Fed’s overarching goal is getting back to full employment before moving to raise interest rates, which Fitch forecasts would call for 7 to 7.5 million new gigs, an 18-month timeline. The Fed has shown that it’s more tolerant of higher inflation than in the past, “a big change in their reaction function and it has to be taken seriously, because as far as they’re concerned they undershot for the previous five to 10 years.”

High inflation, of course, would prove detrimental for the broader economy, but economists expect the Fed to act before that happens. Still, in the short term, it makes real estate more attractive and could be beneficial for the sector’s ongoing recovery.

“Prices rise, values climb and rents can be increased, and, if you’ve fixed your borrowing costs over a long period of time, there’s a lot of upside,” Dickerman said. “There’s an argument to buy now, even though prices haven’t capitulated.”

Real gross domestic product (GDP) climbed at an annual rate of 6.4 percent in the first quarter of 2021, according to data from the Commerce Department’s Bureau of Economic Analysis, and with growth projections for the rest of this year hovering in the 6 to 7 percent range. Dickerman added that he believes “now, the U.S is at the front end of the recovery and the science around vaccines. The economic story is going to be extremely positive.”