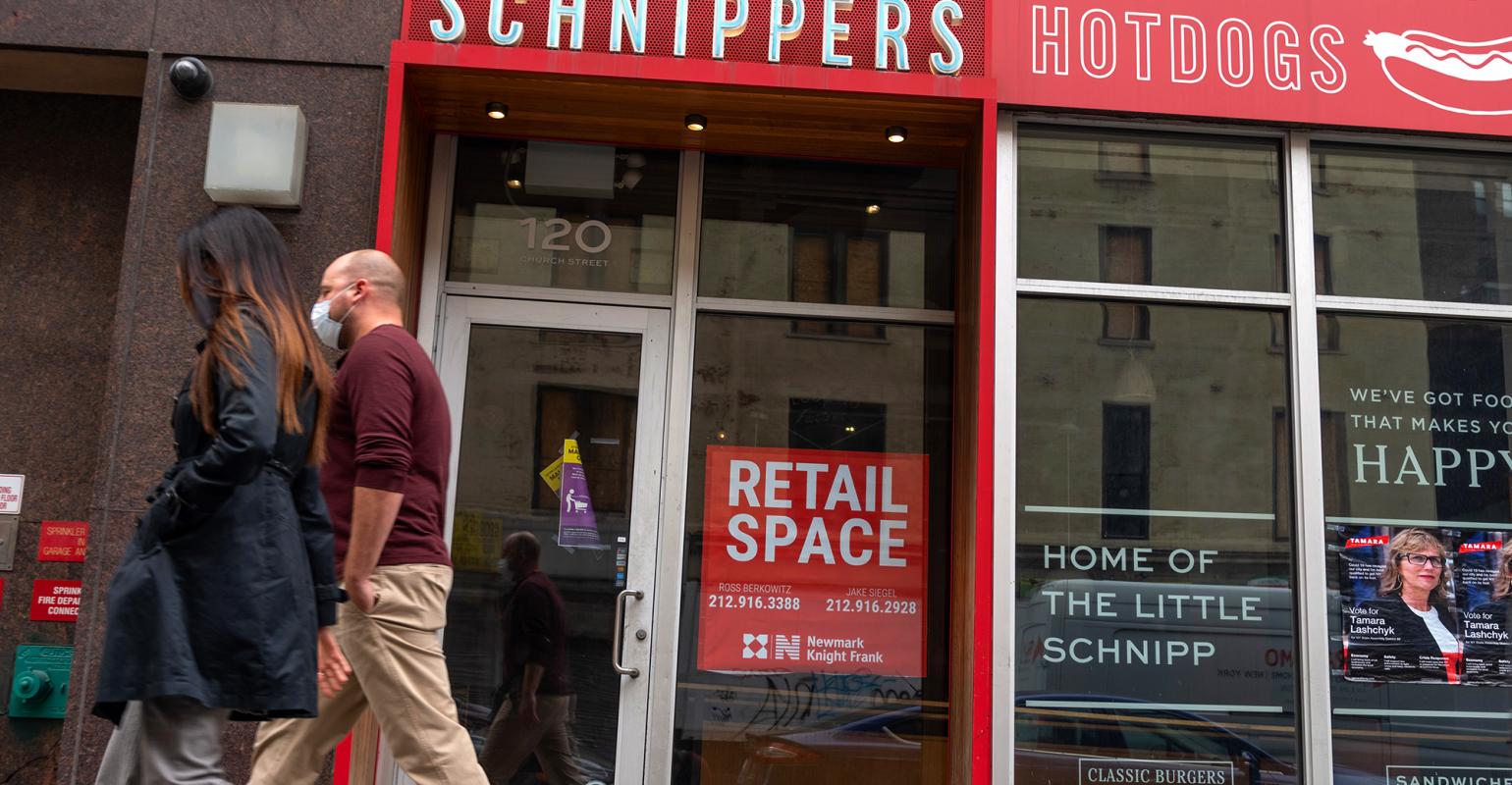 So far, lenders have been open to loan workouts, but that won’t last forever, market sources warn.

As the U.S. enters year two of the COVID-19 pandemic, strip centers and malls, which have had most of the exposure to retail tenants that have struggled from a sales perspective, stand at the greatest chance of experiencing property-level distress in the months to come, according to Kevin Cody, senior consultant at real estate data firm CoStar Advisory Services.

Many mom-and-pop retail businesses around the country were saved by federal Paycheck Protection Program (PPP), which provided them with much-needed financial relief. But smaller operators in urban centers like New York City face greater difficulty coming back because many of them are dependent on the return of office workers for their survival, according to Jay Olshonsky, president and CEO at real estate services firm NAI Global. Comparatively few people are going back to the office right now and even fewer are going in five days a week, “so they don’t need to buy lunch,” he says. Meanwhile, the forced closing of “non-essential” retail last year, combined with long-term acceleration in online shopping, has led many of the nation’s larger chain operators to, at best, reduce their bricks-and-mortar locations, and at worst, file for bankruptcy or liquidation.

As a result, a significant amount of distressed retail real estate is expected to come to market over the coming years, providing opportunities for investors to pick up quality assets and/or land occupied by retail centers in core infill markets at deep discounts. CoStar tracks the share of transactions selling for the value of land, which is an indicator of distressed asset levels. It currently predicts that about $320 billion in distresses assets will come to market over the next five years, a remarkable 60 percent increase over the $192 billion in distressed assets that came to market between 2010 and 2014, following the last recession.

About $28 billion of those distressed assets will likely be retail assets coming to market in 2021 and 2022 alone, according to Xiaojing Li, managing director with CoStar Risk Analytics. “Based on recent updated economic outlook, with vaccine and $1.9 trillion stimulus in the picture, that predicted number could be revised down, but we still anticipate it could be around or above $20 billion for retail,” he adds.

Noting that the CMBS universe is usually a good indicator of distressed potential, Li notes that, according to CMBS data, retail loans currently represent 28 percent of all outstanding CMBS conduit loan balances and over 40 percent of all delinquent loans. The percentage of retail loans that have been transferred to special servicers is at an all-time high and the percentage of modifications is also higher than the historical average, so the percentage of foreclosures is likely to be lower than the historical average.

For now, according to Olshonsky, “People are talking about a wave of distressed properties going into receivership and coming to market, but lenders are still doing workouts with borrowers, so it’s in a holding pattern.”

He suggests that the enormous amount of government funding injected into the economy is delaying the turnover of distressed real estate but contends there is no doubt that will eventually happen. “Keep in mind that there was a lag in 2009 for distressed assets coming to market,” Olshonsky says, noting that the timeline is being complicated by the amount of stimulus money provided, which now totals $4 trillion compared to $800 billion in 2009.

“I anticipate the wave formation around late 2021 to 2022,” says LI. During the last cycle, the distressed wave peaked in 2010 and 2011, two to three years after the onset of the recession itself. “In general, it takes about nine months for troubled loans to go through the workout phases and enter the final resolution of note sale or foreclosure, and then roughly another two years to get the liquidation done and transaction closed. I would expect this time it will take longer because lenders and special servicers are more generous on loan modification, extension and forbearance,” Li adds.

On a positive note, there’s an enormous amount of available capital waiting to buy distresses assets at a discount, according to Olshonsky. But with so much competition, these properties may not go for the deep discounts buyers may be expecting.

According to Li, retail properties with distressed CMBS loans sold on average for 55 cents on the dollar during the last recession, with about 45 percent value discount from their underwriting value. “I anticipate it would be still around that 45-55 percent discount range at aggregation level,” he says.

While no one knows exactly when lenders may begin selling off distressed asset, he suggests, “There will be a tipping point when large-scale lenders have had enough and will begin selling off notes or properties, and other lenders will follow.” This is likely to happen quickly if lenders are faced with a third round of workouts due to another COVID-19 wave and government-mandated shutdowns.

In Cody’s view, however, that tipping point has arrived. “We are expecting distress to begin appearing in the market within the next few months, as we are getting to the point where non-performing loans from last spring and summer are going through the final stages of foreclosure,” he notes.

“We do believe high-quality and well-located malls will recover relatively well,” Cody says. But a number of strip centers and regional malls are likely be repurposed into other property types. That’s already happening with certain retail properties across the country. Cody sites an announcement from January that Epic Games will acquire the 87-acre Cary Town Centre in Cary, N.C. with plans to redevelop it as its new headquarters campus. This mall had recently lost three of its five anchor tenants, according to Cody.