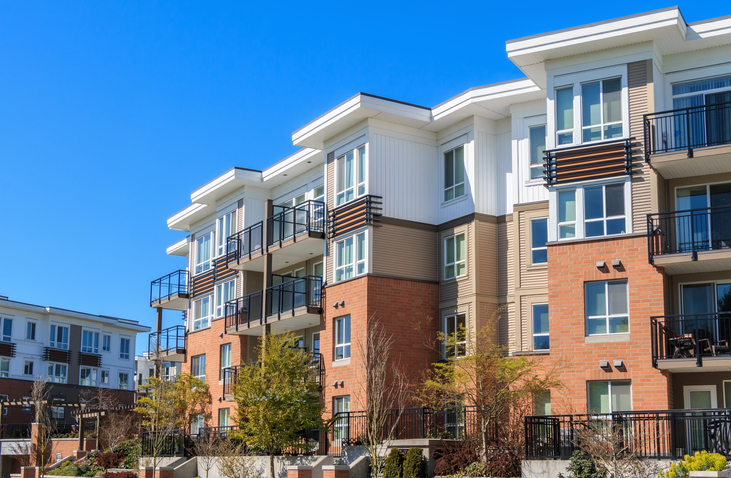 “We were bullish on apartments heading into 2021, but the magnitude of the demand boom is far beyond even the most optimistic forecast.”

Apartment vacancies hit another historic low in September, declining to 2.7% for a fourth consecutive month of record-breaking lows.

New lease demand in the year ending in September 2021 also increased by 50.5%, with apartment resident retention surging to 58.%, an all-time high, according to data from RealPage.

“More new renters than ever are knocking on the front door, but fewer existing renters than ever are leaving out the back door,” said Jay Parsons, deputy chief economist at RealPage. “This is an unprecedented phenomenon that translates to a severe shortage in rental housing availability at every price point and in essentially every city across the country. This is no longer just about supply shortages for low-income households. There’s more demand than supply even at the upper-income levels.”

The lack of availability also has “nothing to do” with construction completions, according to RealPage: new completions over the last year hit a three-decade high of 362,087 units, a wave that would historically be considered a major risk factor for investors but which has wholly failed to meet demand in the current cycle.

Net absorption hit 610,715 for the year ending in September, smashing prior records by more than half.

“We were bullish on apartments heading into 2021, but the magnitude of the demand boom is far beyond even the most optimistic forecast,” said RealPage director of forecasting and analysis Carl Whitaker. “And the absorption numbers could have been even bigger if not for the historic lack of availability.”

Rents also remain at record highs. National median rent growth has increased by 13.8% since January; prior averages were around 3.6% from 2017 to 2019. Increasing incomes and budgets of renters searching on their database are closely related to the increasing cost of homeownership and a tight residential real estate market, some analysts say: the for-sale market has posted a 48% drop in listings since last year, with supply seriously constricted.

“With rents rising virtually everywhere, only a few cities remain cheaper than they were pre-pandemic,” a recent Apartment List analysis notes. “And even there, rents are rebounding quickly.”