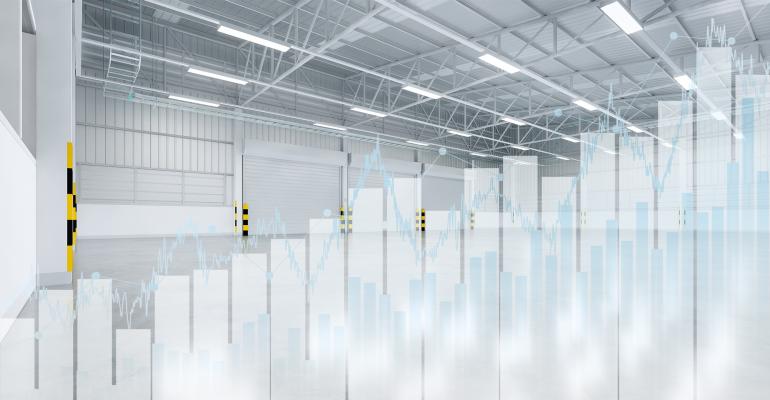 Industrial occupiers would rather pay more for rent than for transportation costs.

As supply chain issues grow around the country and around the world, U.S. industrial property owners are benefiting, seeing strong demand for space from end-users and record rent growth. The trend is particularly strong in markets surrounding key ports, but it now encompasses most of the country’s industrial real estate stock.

A few trends have combined to create the current supply chain challenges. As the U.S. economy recovers and retailers start replenishing diminished inventories, American ports are experiencing a surge in imports, according to real estate services firm CBRE. However, the country’s major ports, including the ports of New York/New Jersey, Los Angeles and Long Beach—are experiencing delays in both ship arrivals and waiting times to unload.

The congestion at the ports of Los Angeles and Long Beach is being compounded by limited hours of operation, a severe shortage of truck drivers to move goods from the ports to warehouses and low industrial vacancy, according to Mike McCrary, executive managing director for industrial services with real estate services firm JLL. “Simply put, there is nowhere to put the merchandise, and until solutions are found to these issues, the ports of Los Angeles and Long Beach will continue to be congested and the supply chain disrupted,” he says. McCrary also notes that delays in unloading containers are slowing exports due to a lack of empty containers to fill.

The current logistical disruptions are adding to a long list of issues dating from before the pandemic, says James Breeze, global head of industrial and logistics research with CBRE. When the pandemic arrived, industrial occupiers began shifting to the just-in-case (JIT) method of distribution in an attempt to avoid lack of inventory to meet orders. “The keyword here is ‘attempt,’ because it is so difficult to get to inventories they are comfortable with, due to strong demand and lower supply,” Breeze says. As a result, these occupiers are now leasing additional space or outsourcing some or all of their distribution with the goal of stockpiling sufficient inventory.

Today, manufacturers are compensating for the shortcomings of JIT production networks and supply chain disruptions such as the closure of the Suez Canal for six days by also increasing the demand for warehouse space to store “safety stock,” CBRE research shows.

These trends, along with the strong growth in e-commerce sales, are leading to record leasing volumes and rental rate growth, Breeze notes. At the end of August, industrial lease transactions, including both new leases and renewals, totaled 659 million sq. ft. year-to-date—an all-time record for the market at this point in the year and a 48 percent increase from the same period in 2020.

In turn, strong demand and low vacancy rates have pushed rental rate growth to record high. At mid-year, asking rents were up 9.8 percent overall compared with the same period a year ago, according to Breeze. In some markets, including the Inland Empire, Northern New Jersey, Central New Jersey, Philadelphia and Nashville, Tenn., rents rose by more than 20 percent year-over-year.

According to a mid-year CBRE market flash on industrial rents, Inland Empire and Northern New Jersey markets, for example, have some of the lowest industrial vacancy rates in the nation, at 1.2 percent and 2.2 percent respectively, because they are located in coastal areas near large population centers. As a result, effective rents in these markets rose by 24.1 percent and 33.3 percent year-over-year, respectively, during the first half of 2021.

Low vacancy and rising rents in markets near major ports are also putting upward pressure on rents in inland areas, as tenants seek space to store the influx of incoming products. Many companies prefer to store additional inventory near ports of entry, but with just 75 million sq. ft. of new industrial space under construction at the end of 2020 and more than a third of it already pre-leased, seaport markets are experiencing the lowest vacancy rates and the highest rent growth on record.

Occupiers may initially suffer “sticker shock” from the exorbitantly high rents in these market, but can overcome it quickly by mitigating escalating transportation costs, which now represent a much higher portion of overall supply-chain costs than rental rates, reports CBRE. Many occupiers, in fact, are finding it cost-effective to lease more space to cut down on transportation costs because although rents are at record highs they can pale in comparison with the increase in transportation costs.

According to CBRE, transportation costs typically account for half of an occupier’s total logistics costs. However, that figure can easily rise to 70 percent, while fixed facility costs, which include real estate rent, accounts for only 3 to 6 percent. “It takes roughly an 8 percent increase in fixed facility costs to equal the impact of just a 1 percent increase in transportation costs,” says Joe Dunlap, managing director of supply chain advisory with CBRE.

Overall, supply chain volatility further heightens the need for additional warehouse space to stockpile goods and mitigate future disruptions, according to CBRE Econometric Advisors. The increased squeeze imports are putting on existing warehouse space is driving the trend toward a shorter, more resilient supply chain, the firm’s researchers note. This might include adding new points of manufacturing, reshoring or nearshoring in Mexico, according to Breeze.

McCrary also expects to see a focus on technology to drive efficiencies. “We will see pressure on improving the ‘digital’ local infrastructure supporting supply chains, such as automation at the ports and technology that marries truck drivers with containers.”