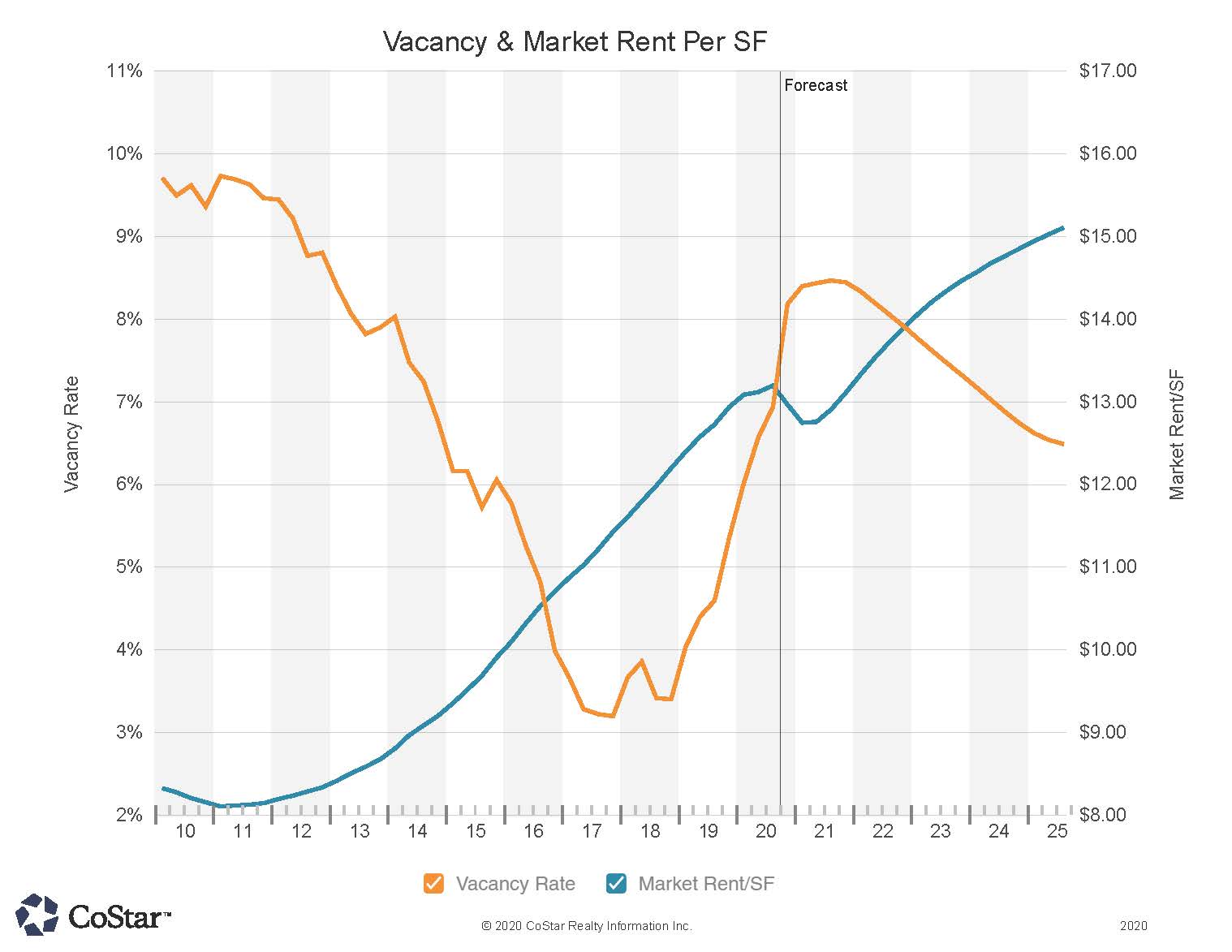 Vacancies were on the rise over the year before the onset of the coronavirus pandemic due to the high level of speculative development and weakening demand. Industrial is the most insulated sector across Fort Lauderdale’s commercial real estate market. The onset of the coronavirus pandemic is having some operational impact on the sector. Social distancing measures deployed to contain the coronavirus spreading have had a significantly lower impact on industrial properties so far. Warehouse workers are not typically confined in small spaces, and this should limit the disruption in day-to-day operations. Depending on how long the region’s economy remains quarantined, the impact on Miami’s industrial sector over the medium term will be determined by how much economic activity weakens.

Fort Lauderdale’s industrial stock is close to 137 million SF, and it is South Florida’s second-largest market, after Miami. Demand is mainly driven by the local economy but also by trade going through Port Everglades, one of Florida’s largest ports. The three largest submarkets in this metro are Pompano Beach, Southeast Broward, and Central Broward, which hold a combined 65% of the metro’s industrial stock.

Due to its central location, Fort Lauderdale plays a vital role in South Florida’s industrial market. The presence of Port Everglades and its proximity to the Fort Lauderdale–Hollywood International Airport, as well as its convenient rail access and several of the state’s key highways, make Fort Lauderdale an attractive and flexible metro for logistics operations. Port Everglades is Florida’s top seaport for containerized cargo, exceeding 1 million TEUs. Industrial properties tend to cluster off I-95, near the Ronald Reagan Turnpike, and in the western portion of the market at the intersection of I-75 and the Sawgrass Expressway.

A high level of deliveries and several quarters of negative absorption put the metro’s vacancy rate on a rising trajectory over the two years before the onset of the coronavirus pandemic.

Supply rose by 2% over the past year, following 2.4 million SF of deliveries. The weaker demand made it harder to find tenants for the newly delivered industrial product, as most of the construction was speculative in nature and failed to find tenants upon completion. At close to 15%, the preleasing rate of the under-construction product also points to weaker demand. Neighboring Miami is seeing a preleasing rate of close to 50%.

The demand outlook remains uncertain as the full impact from the coronavirus crisis onset is unknown at this point. A weakening economic outlook could translate to a further vacancy rate increase.

On the back of increasing speculative development, Fort Lauderdale metro annual rent growth was on the decline before the onset of the coronavirus pandemic.

Rents are close to $13.20/SF, with most submarkets clustering close to this level. The only exception is the Southeast Broward Submarket, which is located on the border with Miami-Dade County. This submarket is closer to Port Everglades, Port Miami, Miami International Airport, and Fort Lauderdale International Airport, affording it close to a 10% premium over average metro rents.

The demand outlook remains uncertain as the full impact from the coronavirus pandemic onset is unknown at this point. Under the Base Case scenario, the weakening economic outlook will translate to accelerating rent growth over the next several quarters. The severe downside scenario that is usually reserved for stress testing but is appropriate given the current market conditions calls for a close to 10% decline in rents over the next couple of quarters.

As with the rest of the country, the coronavirus pandemic has disrupted the financing and added uncertainty when pricing transactions that are currently in the pipeline. Lending spreads have recently widened significantly, something that could cause many deals that are now in the works to get canceled or renegotiated.

Sales volume over the year before the onset of the coronavirus pandemic was substantial. Investors continued to be attracted to this high-growth market, paying top-dollar prices for assets. Blackstone, Prologis, and Duke Realty Corporation all shop here and are paying prices that are the highest in the state. Prices are currently at $160/SF, and they rose by more than 60% over the past five years. Industrial prices in the Fort Lauderdale metro have appreciated at a rate much faster than the national average this cycle and surpassed Miami about three years ago.

The coronavirus economic fallout, together with the high level of speculative development, will lead to vacancies rising and further rent growth deceleration. As cash flows become less certain, valuations will become inherently riskier and, together with more expensive financing, will likely lead to a significant reduction in investment activity over the next few quarters as investors sit on the sidelines while the dust settles.