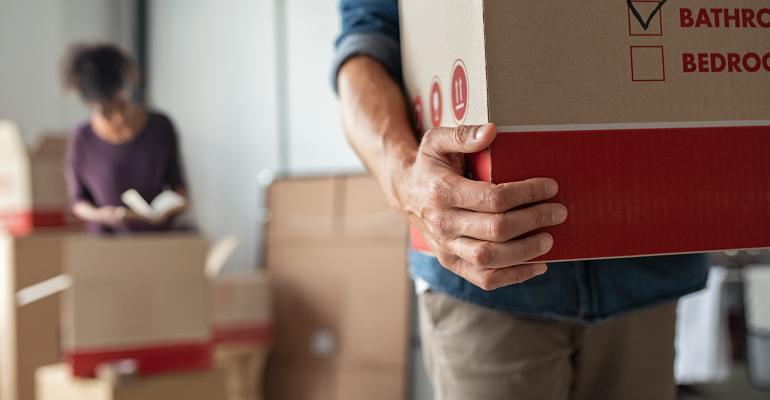 Off-campus student housing has fully rebounded from the hit it took during the pandemic as students have fully returned to campus.

The strongest leasing in years lured new investors to student housing this fall—including a healthy mix of institutions, international investors and private buyers.

Experts already thought student housing communities would be fully-occupied for the new school year this fall. Most universities implemented vaccine mandates and other measures to enable them to allow for students to return to fully reopened classrooms as the coronavirus pandemic has waned. But even more students signed leases for the semester than experts had anticipated.

Investors responded by spending even more to buy student housing properties than they did before the pandemic.

“More and more investors have been turning to the sector,” says Jaclyn Fitts, executive vice president and co-lead of the national student housing at CBRE, working in the firm’s Dallas office.

More dollars spent on student housing than before the pandemic

Buyers spent $2.5 billion on student housing properties in the third quarter of 2021, according to Real Capital Analytics (RCA), a data firm based in New York City. That’s much more than the $393 million they spent in the same period during the pandemic year of 2020. It’s also a lot more than the $1.9 billion they spent in the third quarter of 2019.

These investors paid high prices. “Cap rates for student housing properties are at all time lows,” says Fred Pierce, president and CEO of Pierce Education Properties, based in San Diego.

These cap rates averaged 5.4 percent in the third quarter of 2021, according to RCA. That’s down from 5.6 percent the year before and 5.5 percent in 2019. Investors pay even higher prices for student housing properties within walking distance of large state universities, with cap rates in the low 4s or even high 3s, according to Pierce.

Those low yields for student housing as still high compare to what investors are willing to accept for the conventional apartment properties in top locations in top markets, which can have cap rates in the low 3s or even high 2s.

Experts predicted leasing would by strong at student housing communities for the new, 2021-2022 academic year. But the real results far exceeded expectations.

“Both rent growth and occupancy ended the year at their highest level in five years,” says Carl Whitaker, senior manager of market analytics for RealPage. “That was a welcome sight for owners and operators.… the fall 2020 year was the weakest performance seen in the industry in at least a decade.”

Student housing properties near top colleges are doing even better. “The super majority of our properties have occupancies ranging from 99 percent to 100 percent,” says Pierce.

Investors from all over the world—including some of the biggest institutional investors in the world—are investing once again.

These investors are typically interested in large, new developments where they can invest a large amount of capital at one time—like many of the new, mid-rise and high rise student housing properties that have opened in recent years. “Large institutional investors are gravitating toward new development and recently completed properties valued at $50 million and up,” says Pierce.

For example, properties built between 2000 and 2015 are likely selling between $15 and $50 million and are targets for small and mid-sized buyers, according to Pierce.

“Acquisitions in secondary and tertiary markets are being dominated by local and regional buyers,” says Pierce. “They perceive very good comparative value in those locations.”