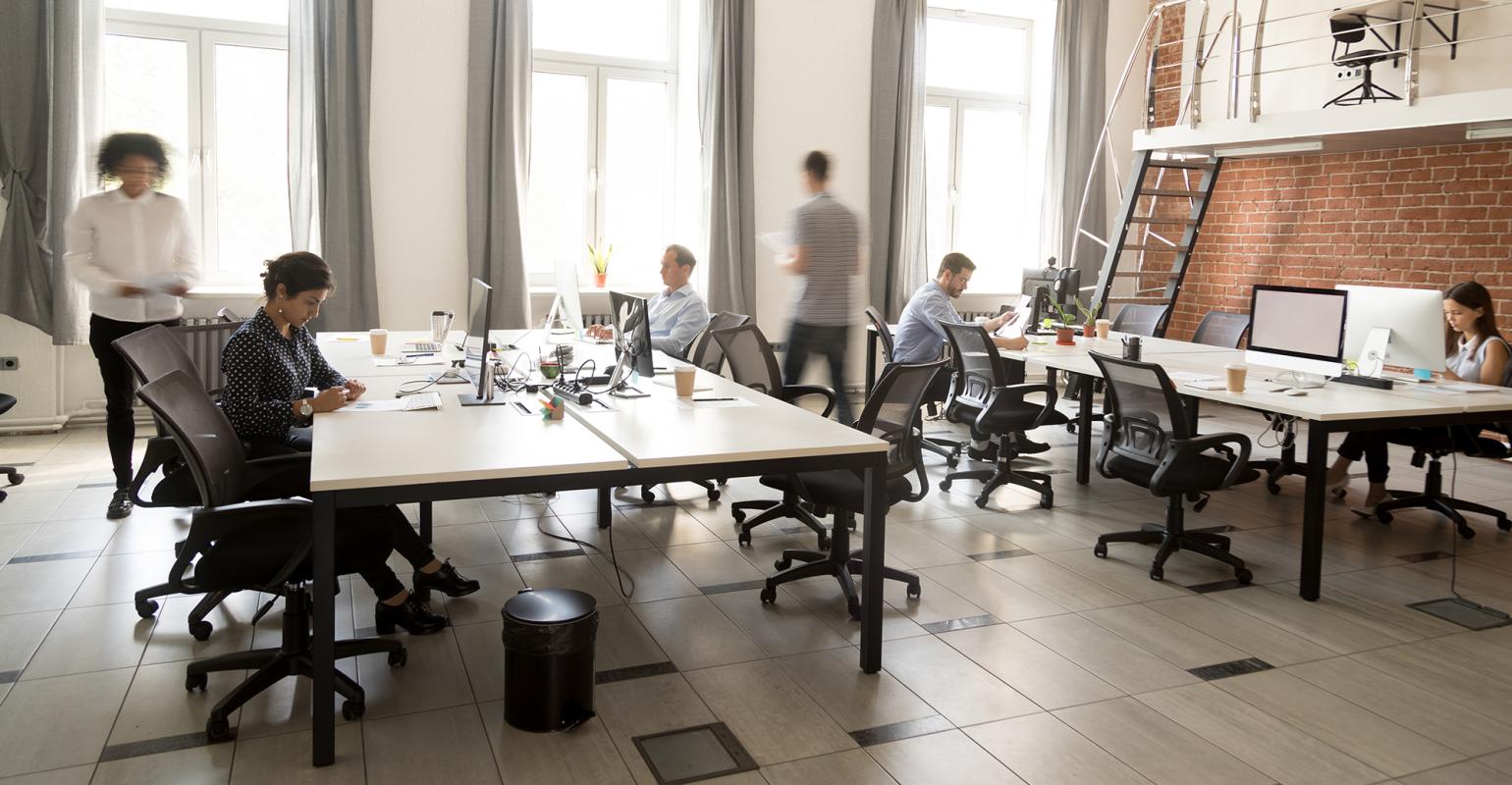 In addition to the pandemic, some blame the rise of co-working space and growing tenant demand for greater flexibility for driving shorter lease terms.

There remain ongoing debates in the office market on whether the pandemic-driven shift to work-from-home strategies will drive long-term structural changes. Will office tenants require more or less space? Will there be an outmigration from urban centers? How much will the glut of sublease space affect rents? Even with vaccinations now taking place and a “new normal” potentially only months away, many agree that it is too soon to tell. That uncertainty is manifesting in many tenants opting for shorter-term lease commitments, which is creating underwriting challenges for both investors and lenders.

“As of today, most companies don’t really know what their office footprint should look like one, or two or three years from now,” says Will Pattison, head of real estate research at MetLife Investment Management. “As a result of that, there is uncertainty in the office sector and most traditional core real estate investors have been more cautious about investing in new office properties.”

That uncertainty is weighing on investment sales. Office property sales dropped 40 percent last year to $86.1 billion, according to Real Capital Analytics. Transaction volume for the sector also trailed both apartments and industrial, which posted sales of $138.7 billion and $98.8 billion, respectively.

Although there are plenty of anecdotal stories from brokers frustrated by tenants who are reluctant to commit to longer terms, the shift to shorter lease terms has been emerging over the past several years. Some blame the rise of co-working space and growing tenant demand for greater flexibility, while other companies have moved to shorter lease terms as they braced for the potential impact of new lease accounting standards. New International Accounting Standards Board (IASB) and the Financial Accounting Standards Board (FASB) rules that took effect in January 2019 require companies to recognizes leases as liabilities on balance sheets.

The shift to remote working during the pandemic has further exacerbated the move to short-term lease commitments. “We continue to hear stories of major corporations and large firms postponing their decisions to renew or sign new office leases, often leading to short-term renewals of 12 to 18 months until they have more clarity on their ability to safely bring employees back to the workplace,” says Leah Gallagher, San Antonio City Leader at Transwestern.

To better quantify that trend, the San Antonio office of Transwestern analyzed internal transaction data on 835 office leasing transactions completed over a five-year period (2016-2020). The results reveal that the average office lease term during that period was 4.25 years (51.8 months), when including new leases and renewals. Looking only at deals done in 2020, the average changed only nominally to 50.8 months. What that suggests is that short-term leases are more the norm than the exception.

Leasing risk is par for the course for the majority of commercial real estate investments. The question is how investors and lenders are getting comfortable with uncertainty that appears to be hanging over the office sector.

“We are seeing more liquidity coming back to the office sector in general as lenders slowly become more comfortable,” says Evan Denner, executive vice president and head of business at Marcus & Millichap Capital Corp. (MMCC). For example, MMCC is working on a requirement for a client looking to raise capital for a 500,000-square-foot office building in Las Colinas, Texas that is 78 percent leased and in need of capital improvements. They have received multiple quotes with terms up to 65 percent LTV (as is) and 75 percent stabilized LTV, a 3-year term and interest only at a rate that is sub 400 basis points over Libor.

Although a return of competitive lender bids is a positive sign, appetite for office deals is very lender specific, adds Denner. “Suburban office is clearly in favor in most markets across the country, although we are slowly beginning to see more interest in urban markets and the gateway cities,” he says. Sponsorship and liquidity are key in securing financing for those deals located in urban and gateway markets where lenders are still wary of leasing risk. “Lenders are most interested in transactions where sponsors have adequate liquidity to weather the storm if needed,” he says.

Broadly speaking, lenders are looking at each office deal on a case-by-case basis. They want to know what concessions have been provided during the pandemic, such as free or discounted rent or TI allowances, the duration of concessions, lease term and credit of the tenants. Lenders also are spending more time analyzing the rent rolls, looking at pre and in pandemic performance of individual tenants and exposure to specific industries. Even though office has not seen huge swings in valuations as has occurred in the retail and hospitality sectors, lenders also are requiring significant equity commitments in front of them of 30 percent to 40 percent, says Denner. However, rates and overall terms are becoming more aggressive for the right assets and sponsors, he adds.

Investors of income-producing office properties often view short-term leases and near-term expirations as a threat to the stability of the asset’s net operating income (NOI). Yet after thorough due diligence many find that the exposure is less concerning than it appears on paper, says Gallagher. “Given the variety of risk tolerance in commercial real estate investments, I anticipate there will continue to be an appetite for office investments with both short- and long-term lease exposure,” she says.

Some continue to speculate that uncertainty could cause investors to reduce allocations to office properties, particularly in major CBDs. “We think that over the next five years or so, office will become a less material part of institutional real estate portfolios. There are a number of alternative property types that are growing and probably taking the place of office,” says Pattison. It is still too soon to predict whether there will be a longer-term impact on investor appetite for office over the next five to 10 years, he adds. “Our view is that office allocations will probably modestly decline, perhaps from around a 35 percent level today to around a 30 percent in the future,” he says. However, it’s hard to speculate on that shift until companies themselves figure out how their need for space may shift, he adds.

One way that owners are getting comfortable with the short-term leasing risk is focusing on staggered lease expiration dates. As a result, landlords may be willing to give better pricing to tenants who are willing to sign lease terms that help stagger the building’s lease expirations, notes Pattison. “That is a new dynamic in the marketplace, and we think tenants and leasing brokers are going to be getting quotes from more buildings because pricing could be shifting quite a bit more than in the past,” he says.

At the other end of the spectrum are those investors who see an opportunity to acquire assets. “We have several clients that think this is short-term event and the market will return upon greater vaccine rollout and the achievement of herd immunity,” says Denner. Some investors are aggressively pursuing office acquisitions in attempt to build inventory prior to market stabilization. For example, MMCC has a client that has purchased several large office buildings in Dallas at below replacement cost over the last six months and continues to have appetite to buy more.

Short-term leases are not an insurmountable obstacle when it comes to marketing an office property or underwriting one for acquisition, adds Gallagher. “Investors have a wide spectrum of risk tolerance, and many will continue to be comfortable pursuing the higher-risk strategies when higher potential returns are available,” she says. “Additional lender restrictions including initial funding of potential tenant improvement dollars and leasing commissions will continue to be prudent measures taken by lending institutions to conservatively underwrite new commercial loans.”