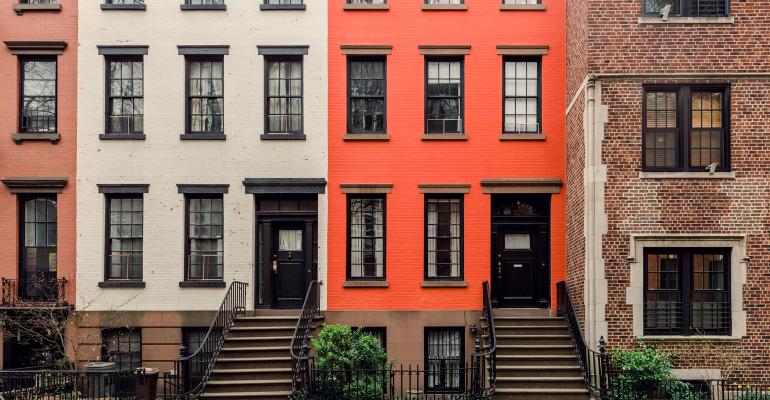 Affordability remains a concern among for class-B and class-C apartment stock around the United States.

Apartment rents are rising explosively across the U.S. But at older, less-expensive properties, lower-income and moderate-income renters may strain to pay the rising cost.

That may be why the rents for Class-C apartments are rising steadily—but not as quickly as the rents at professionally-managed apartment properties, and not even as quickly as price inflation throughout the U.S. economy.

That is likely to strain the budgets of both apartment companies and the renters they serve.

“We really need more class-B, class-C and low-income affordable housing,” says Jay Parsons, vice president and head of economics and industry principals for RealPage, based in Richardson, Texas. “But it’s super difficult to build to a class-B or class-C property—though a few developers are starting to try it—without government subsidies, which are typically reserved for low-income housing.”

The growing shortage of low-priced rentals

There are very few vacant units available at the unsubsidized apartment properties with the lowest rents.

Just 3.8 percent of the apartments at “one-star and two-star” properties (equivalent to class-C and lower properties) were vacant at the end of 2021, according to CoStar. That’s down from 7.2 percent in 2010.

Over that same period, developers created very few new apartments at that lower price point without the help of government subsidy. The inventory of one-star, two-star and three-star properties grew by just 400,000 units over the 12 years since 2010, according to CoStar. Instead, nearly all the new apartments have been luxury units. In 2022 alone, many economists expect developers to open 400,000 or more new apartments—including mostly new luxury apartments.

Throughout the last dozen years, people at all income levels continued to form new households. The demand from new households is likely to continue to grow quickly for all kinds of housing—including apartments—as long as the U.S. continues to quickly create new jobs. So far in 2022, the U.S. economy added an average 518,000 a month to the total number of people with jobs.

“Supply hasn’t kept pace with demand for low- and middle-income housing for decades, and that largely stems from bad policy decisions—underfunding affordable housing, blocking dense multifamily development and driving up costs for the new housing that does get built,” says Parsons.

Despite the high demand, the rents are rising relatively slowly for older, less expensive apartments. The average rent at class-C apartments is not rising as quickly as the rents at luxury properties. The average cost of renting an apartment grew more than 15 percent in 2021 across the U.S. for new leases, according to Marcus & Millichap, which largely surveys professionally-managed apartment properties.

The average rent at class-C apartments are not even rising as quickly as prices in the overall U.S. economy—which rose more than 8 percent over the 12 months ending in May 2022.

“Class-C renewal rents have been increasing below the rate of inflation,” says Parsons

Property managers may be slower to raise the rent on lower-income and moderate-income tenants because many already spend a large portion of their income on rent. Close to half of U.S. households spend more than 30 percent of their income on housing, including many lower-income renters, according to Joint Center for Housing Studies at Harvard University.

In contrast, renters at most professionally-managed apartment properties must earn three times their rent to sign a lease—many luxury renters earn significantly more. They may more able and willing to pay a sharp rent increase.

“We tend to see—and have always seen—lower rent growth in the more affordable class-C segment compared to class-A and class-B, particularly on renewals.” Parsons.

However, when rents do rise for class-C, residents have little choice but to pay. “With limited to no alternative options, these households have no choice but continue to pay rent increases by decreasing spending for other necessities,” says Jay Lybik, national director of multifamily analytics for CoStar Group.

“People are being squeezed out of markets in which until recently, they might have been able to afford,” says Jabir.