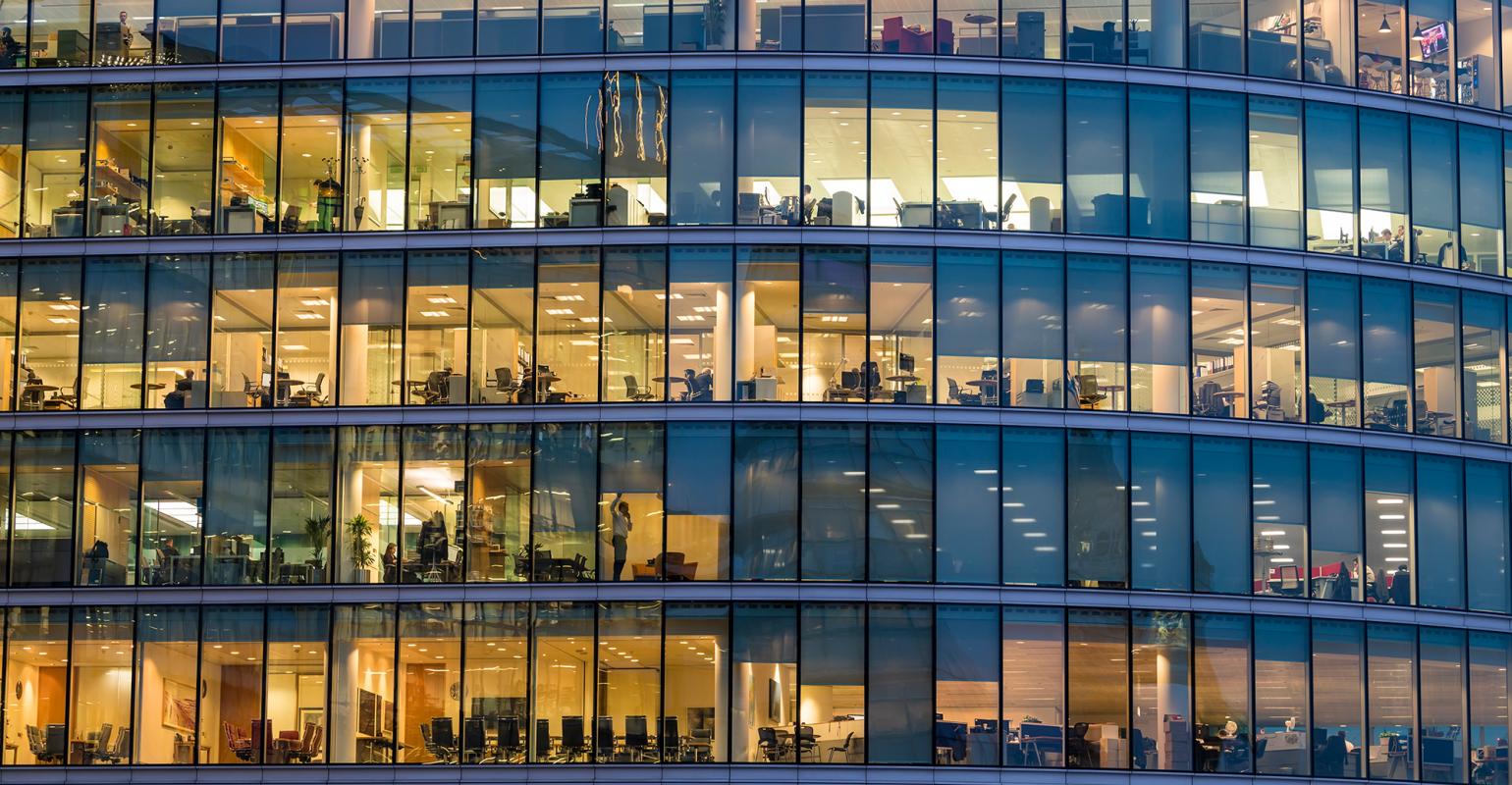 Private equity funds have been among the most active buyers in recent months.

Concerns about downsizing and uncertainty around when many tenants might return to the office definitely impacted office sales investment volumes in the first half of 2020. But the winds may be changing, as the downward spiral on office sales started showing signs of reversal in the third quarter, the most recent period for which final data is available.

That quarter saw a portfolio deal by the Blackstone Group, which agreed to acquire a 49 percent stake in Hudson Pacific Properties’ studio and office portfolio in Los Angeles, including five office buildings with almost 1 million sq. ft. of space. The second largest office portfolio deal in the third quarter was made by Alexandria Real Estate Equities and involved the acquisition of five assets in the Raleigh-Durham Research Triangle for $581 million. According to Nancy Muscatello, managing consultant at CoStar Advisory Services, there were 10 other major office deals that were completed over the last six months, totaling more than $5.6 billion. Half of those deals were valued in excess of $600 million.

Year-to-date 2020 through November, office investment sales in the U.S. totaled $68.5 billion, down 46 percent compared to the same period in 2019, according to data firm Real Capital Analytics (RCA).

The volume of office building sales completed in the fourth quarter of 2020 is expected to come in 60 percent below that seen during the same period of 2019 and office sales will likely remain below the historic average through the first half of 2021, according to Paul Leonard, a managing consultant with CoStar’s Advisory Services. “Clearly there remains a lot of uncertainty regarding when workers will return to the office and how much damage will be done to long-term demand due to sustained rates of working-from-home in the future,” he notes.

He suggests that many domestic investors are waiting to see for bargain pricing for office properties they might be interested in, which so far hasn’t occurred. “There is certainly opportunistic dry powder waiting on the sidelines, but it remains to be seen what kind of distress will emerge. To date, office distress has remained quite low based on CMBS data, but that could change.”

While the most conservative buyers, those who focus on core assets, are likely to remain on the sidelines until it’s clear a pricing reset has occurred and a new real estate cycle is underway, CoStar expects private equity funds to remain active, particularly those focused on value-add and opportunistic strategies.

The sustained low-interest environment is likely to put downward pressure on office cap rates, despite significant headwinds for office fundamentals, according to Leonard. “This will work to keep pricing from unraveling,” he adds, suggesting that low caps aren’t likely to deter serious investors. For example, many foreign buyers are used to paying low cap rates in their home countries, and U.S. assets still offer a relatively attractive yield.

Research from RCA supports Leonard’s contentions. Only 3 percent of U.S. office sales in the second quarter and one percent of sales in the third quarter involved distressed assets. In addition, average cap rates in the sector have remained relatively stable, with caps on CBD buildings dropping by 10 basis points year-over-year, while cap rates on suburban assets rose by the same amount. The overall average cap rate for office properties in 2020 stood at 6.5 percent, a 2-basis-point compression from 2019.

The investor pool for office properties that has been active in the market recently is a mix of REITs, pension funds and foreign and private buyers, according to Al Pontius, senior vice president and national director for office, industrial and healthcare with real estate services firm Marcus & Millichap. “All groups remain active to varying degrees, but definitely with more stringent underwriting standards and different strategies,” he adds, noting that investors in core and core-plus assets are the most active at the moment.

Institutional buyers made up 77 percent of the acquisition pool for office properties over the past six months, according to Leonard. But high-net-wealth individuals, publicly traded REITs, and national owners/developers were more active during the period compared to their typical transaction volume, representing $1.8 billion in total sales volume.

International buyers were also more active in the second half of 2020 than in previous years, representing 19 percent of total office sales volume, compared to an average of 15 percent over the previous four years, according to CoStar. This uptick in international office investment is expected to continue in the new year.

Conversely, publicly traded companies are expected to be more cautious in 2021 due to the substantial discounts their shares are currently trading at relative to their net asset values (NAV). “This pricing disconnect between public and private markets may cause some office-focused REITs to turn inward by buying back their own shares rather than purchasing new assets in 2021,” Leonard notes. He explains that depressed pricing will make issuing new shares less desirable than when shares trade at a premium to NAV.

The exception might involve REITs with substantial biolab portfolios because life-sciences office sales are expected to be strong in 2021. In fact, lab and medical office sub-sectors will likely see a rising share of total office sales volume in 2021, according to Leonard, who says, “The unprecedented disruption in the office market has investors increasingly seeking out smaller, niche opportunities to gain an edge. “

“We already [were] seeing this trend in 2020, when nearly 20 percent of office volume went to either lab or medical office properties—that’s up from around 12 percent of volume in previous years,” Leonard adds, noting that Blackstone Group was the most active investor in this space, with two multi-billion dollar deals announced in the fourth quarter, including a recapitalization of the Biomed Realty Trust portfolio and acquisition of Brookfield Asset Management’s lab portfolio.

In the second half of 2020, roughly 27 percent of national office transaction volume involved buildings in CBDs, while 73 of activity was in non-CBD areas, according to Muscatello. “This is a modest shift from the typical pattern: in the last two quarters of the years 2016 to 19 CBDs accounted for 31 percent of volume on average, compared to 69 percent in non-CBD areas,” she says.

“Trade activity reflects the greater demand suburban assets today due to demographic trends, as well as COVID-related influences on the high-density core of major cities,” says Pontius. But he also notes that investors remain attracted to single-tenant assets, tenants’ creditworthiness and longer lease terms to secure their long-term income streams. “Multi-tenant assets need to be evaluated on a number of levels, including weighted average lease term, tenant credit, rollover costs, rent forecast, etc. But [they] will trade if the right relationship to pricing exists,” he says.

Some of the most significant office trades in recent months involved buildings back by long-term leases, including the sale of the McDonald’s headquarters building in Chicago, according to Muscatello. “The buyer was likely attracted by the company’s long-term lease for 85 percent of the building, which doesn’t expire until 2033,” she says.

Looking forward, Pontius says, “The tug of war between work-from- home and in-office functions will fuel the ‘debate’ of how much space we need well into 2022. But despite COVID-19 and the ongoing debate about where tenant demand for office space will ultimately settle, I expect this to be an actively traded sector in 2021, as investors position themselves for anticipated market shifts in the three- to five- year horizon.”