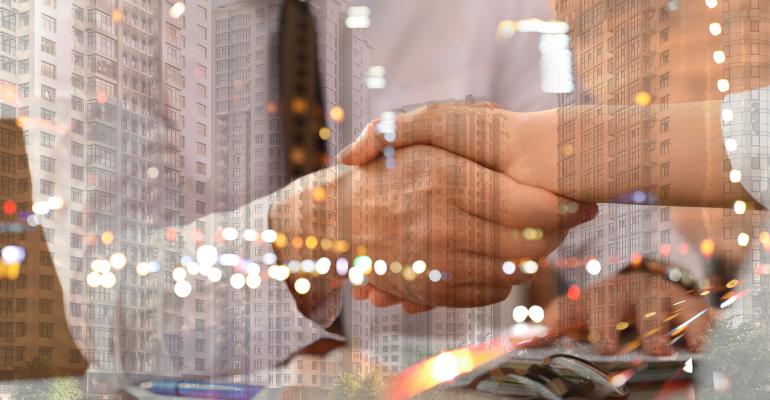 Skyrocketing rents are continuing to drive interest from investors of all types towards multifamily properties across the country.

On the heels of record investment sales volume on multifamily properties in 2021, early indications are that deal volume continued to flow during a busy first quarter of 2022.

Last year, the rents residents paid for apartments rose by a whopping 13 percent on average across the U.S., according to the economists the CBRE Capital Markets. That kind of rent growth offset any hesitation by investors due to uncertainties caused by the pandemic or the highest rate of inflation in more than 40 years.

In 2022, investors have even more reason to worry about inflation, but there are also expectations rents will keep rising as well. A new war threatens to push rising prices higher more quickly as Russian oil and Ukrainian grain vanish from the world markets.

But the demand for rental housing in the U.S. remain very strong in the first quarter of 2022. And investors seem grateful to have a safe haven from economic uncertainty as they paid high prices—and accepted low investment yields—for apartment properties.

“We do still expect 2022 to rival 2021,” says Matt Vance, senior economist with CBRE Econometric Advisors and head of multifamily research for CBRE, working in the firm’s Chicago offices.

Investors of all types spent more than they had ever spent before—a total of $335.3 billion—to buy apartment properties in 2021, according to Real Capital Analytics (RCA), a data company based in New York City. That’s more than twice what they spent in 2020, the first pandemic year. It’s also much more money than they spent in the years before the pandemic, which set records at the time, but never totaled more than $200 billion in any given year.

“Multi-housing reigned as the most liquid asset type in the U.S at year-end 2021, underscoring the defensiveness of the sector,” says Geraldine Guichardo director of Americas Living Research for JLL, working in the firm’s Chicago offices.

The incredible growth in apartment rents made many of these deals possible. Effective apartment rents grew nearly 14 percent in 2021 on average in the U.S., according to JLL, as suburban rents continued to rise quickly… while rent concessions also burned off in recovering downtown submarkets that had been hurt by the coronavirus pandemic.

Strong demand for apartments continued in the first quarter of 2022. “We are already observing strong lease trade-outs, ranging from 15 percent to 25 percent in major metros,” says Guichardo, who expects apartment rents to grow another 10 percent on average in calendar year 2022.

Rent growth helped investors make deals in 2021—and should continue to help in 2022.

“That rent growth obviously was a significant driver to transaction activity and being able justify higher property values,” says Brian McAuliffe, president of multifamily for CBRE Capital Markets, working in the firm’s Chicago offices. “That benefitted sellers and investors, because they were able to put money to work.”

Strong demand for rental apartments attracted investors who had piled up capital to investor during the coronavirus pandemic. “There has been a big ramp up in the global saving rates and capital accumulation—the wall of capital grew even larger in 2021,” says CBRE’s Vance.

“The rise in interest rates in the last 30 days, both fixed-rates and short-terms variable rate, has definitely put a stress on transaction activity,” says McAuliffe.

Buyers of apartment properties are trying to adapt with strategies like floating-rate, to finance deals to buy buildings.

And even the threat of rising interest rates may even be helping at least some deals get done.

“Sellers may bring properties to market if they perceive that the first half of the year might be better than the second,” says McAuliffe. “They may be flexible on prices in their eagerness to transact in an environment where interest rates are still low.”