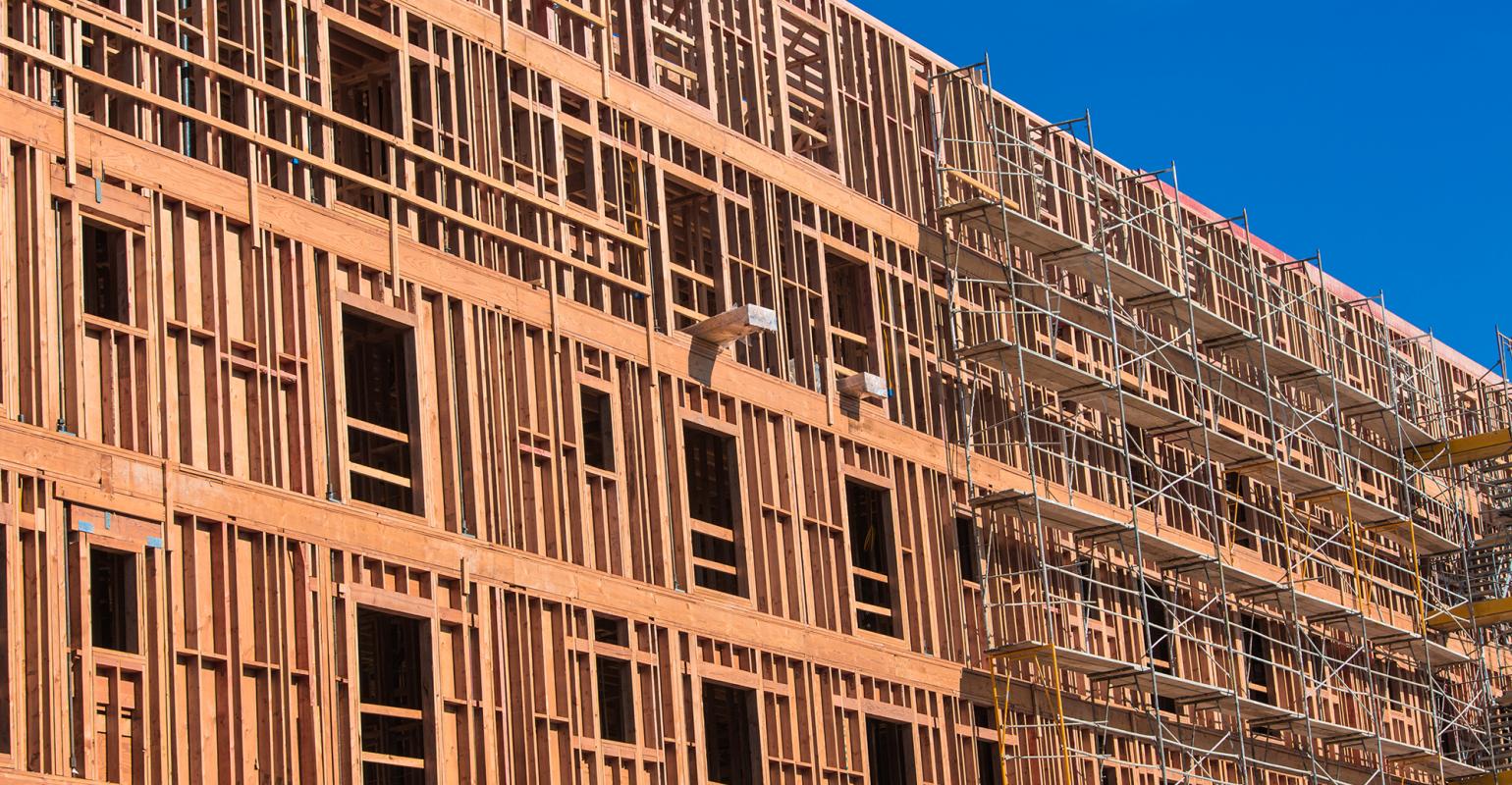 Builders are increasing the pace of multifamily development and financing remains available on attractive terms from a multitude of capital providers.

The winter ended with a flurry of activity as many apartment developers rushed to take out loans to finance new apartment projects. And the found that a growing number of entities are willing to finance construction loans.

“A lot of folks hunkered down through the pandemic—now they are back… Lenders are eager to lend. Equity is eager to get their money out,” says Bill Leffler, senior vice president of CBRE’s Debt and Structured Finance Group, working in the firm’s Atlanta offices. “I am busy day in and day out and through the weekends.”

Dealmakers like Leffler have been just as busy—or busier—as they were in early 2020… before most of the U.S. economy ground to a halt to slow the spread of the novel coronavirus.

“We are talking more with developers who say we are willing to move forward now with new apartment projects and lenders are more willing to approve those projects,” says Shlomi Ronen, managing principal for Dekel Capital, a merchant banking firm based in Los Angeles. “A lot of it is confidence on the part of lenders in particular who think that things are going to go back to normal with the vaccines.”

Lenders now offer apartment developers all-in interest rates ranging from as low as 3 percent to as high as 6 or 7 percent for construction loans, experts say. The interest rates float 250 to 500 basis points over the London Interbank Offered Rate (LIBOR)—though many lenders have set a ‘floor’ on LIBOR of a minimum of 50 to 100 basis points.

These bank loans typically cover 50 percent to 60 percent of the cost to build an apartment property. “Regional banks are the most aggressive,” says Ronen. The terms banks offer has not changed much in recent month. “I have not seen banks stretch in terms of leverage in this cycle.”

Instead, banks have been more willing to work with new borrowers. During the pandemic, many lenders stopped offering construction loans to anyone but their best customers with the longest relationships.

“Now they have opened it up a little,” says Vicky Schiff, co-founder and managing partner of Mosaic Real Estate Investors, with offices in New York City and Calabasas, Calif.

Developers looking for higher leverage have alternatives. “Banks are still quite conservative as far as loan to cost—debt funds like ours can go higher,” says Mosaic’s Schiff.

With mezzanine debt or preferred equity, developers can cover as much as 80 percent of the cost of development.

Private equity debt funds have capital to make these loans supplied by eager investors. “A lot of people have dialed up their allocations to multifamily and we are the beneficiaries of that,” says ACRE’s Michael Van Der Poel. These eager investors range from institutions to family offices. ACRE is about to launch its fourth private equity fund targeting $400 million that ACRE intends to invest in apartment developments totaling $1.2 billion. “We have had significant interest in our fourth fund,” says Van Der Poel.

Most of ACRE’s apartment developments are likely to be in secondary growth markets throughout the Southeast, which has been ACRE’s focus for the last 10 years. “It gets increasingly competitive every year, says Van Der Poel. “There has been an influx in Northeasterly investors that have rushed South since the pandemic… there is more completion as a result to lend to these projects.”

Demand for these new projects is likely to be strong as the U.S. economy recovers from the confusion of the coronavirus pandemic. However, developers are already planning many new apartments to meet that demand, even as they continue to grapple with challenges of rising materials prices and some project delays.

“There’s still lots of product on the way that was started during the pre-pandemic period,” says Greg Willett, chief economist for Real Capital Analytics, based in New York City. Developers are now on track to finish roughly 400,000 new apartments in 2021. That’s actually more than developers finished in 2020. “The product already on the way for 2022 is also substantial.”

Most of the construction projects that developers are planning now, however, would be located in smaller cities and quickly growing suburban areas—avoiding the overbuilt downtowns of the biggest U.S. cities.

Today, apartment developers are more worried about the rising cost of construction. “There has been an increasing worry around construction costs,” says Michael Van Der Poel, founding partner of ACRE, a private equity fund manager with offices in New York City. “Lumber cost has reached record highs and shows no signs of abating.”