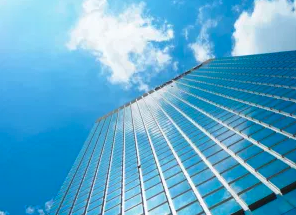 The post-pandemic world will look different, with surprising trends and unexpected bifurcations.

As vaccinations proliferate and optimism about the economy grows, commercial real estate investors have increasingly been stepping back up, concludes a trio of new capital market reports. “Data across multiple asset classes demonstrates we are on an accelerated road to recovery,” Colliers states in one of them.

A strong recovery potentially being underway, however, doesn’t mean that the post-pandemic CRE world will be the same as in the Before Times. The experts have spotted some surprising trends, unexpected bifurcations (city vs. suburbs, private vs. public investors), and possible new centers of gravity that are all likely to play out over the rest of 2021, and perhaps beyond.

Overall, investment volume in the first quarter, at $92.4 billion, was 27.6 percent below a year prior, says CBRE, yet it was nonetheless on par with the average first-quarter volume from 2011 to 2020. (Newmark pegs those figures very much in the same ballpark, at $96.7 billion and a 28.3 percent decline).

Cap rate compression was seen in a multifamily, downtown office, and—most strongly—in the industrial sector, where cap rates in a few cases have been driven below 4 percent.

Yet there are twists in the office sector. Despite limited office transactions, pricing has been stable, and owners have held the line on rents, anticipating a return to the workplace, Colliers reports. They added, “Office sales were heavily skewed to single-tenant assets, and life science transactions accounted for the bulk of office sales volume.”

The industrial sector’s rise before and during the pandemic is a familiar story, and Colliers highlights it by noting that overall net absorption in the first quarter hit a new record, as both bulk distribution centers and infill locations are attractive to investors.

And if the second half of 2021 does indeed surge, as CBRE predicts, there are mountains of money available. Newmark says, “North American-focused real estate funds have accumulated $216 billion of dry powder (or $617 billion at 65 percent LTV) as of the first quarter of 2021, surpassing the pre-COVID-19 peak.”

In the meantime, “Refinancing remains a prominent strategy, as many sellers prefer recapitalization to outright sales … given the improving economic outlook and steady vaccination process,” Newmark adds.

In this volatile environment, private investors seem to be more nimble than public REITs, say both Newmark and CBRE.

“Public REIT performance has begun to lag private real estate performance in 2021, with the majority of non-healthcare and industrial REITs trading at or below their net asset values.” Newmark surmised, “Private and institutional groups have been able to react more swiftly to changing market conditions and have had greater flexibility when selecting assets and property types.”

CBRE noted that while private investors remained active, at about 57 percent of first-quarter investment, REITs and public companies saw a 75 percent year-over-year decline in transaction volume. In addition, institutional investors both grew their market share and were the only players to be net buyers, with 10 percent more acquisitions than dispositions in the first quarter.

“REITs are not too different from other real estate investors in terms of the market conditions needed to get them back investing more actively again: more progress on reopening the economy, return to the office, use of mass transit and business travel,” Richard Barkham, global chief economist for CBRE, told Commercial Property Executive. “More price flexibility from sellers and a lot more certainty from the government in infrastructure priorities and taxation plans are also required.”

He cautioned, however, “Waiting too long could be costly, with the U.S. looking very attractive to overseas capital right now.”

Speaking of which, CBRE reports that although cross-border investment in the first quarter decreased by 17.8 percent year-over-year, to $6.5 billion, the lowest first quarter volume in nearly a decade, foreign investors do have specific targets. These include office and multifamily assets in Sun Belt markets like Atlanta; Dallas; Phoenix; Austin, Texas, and Charlotte, N.C.

Newmark highlights some of the reasons, noting that Sun Belt markets “have leveraged favorable corporate tax structures, lower costs of living, as well as economic and job incentives to attract record amounts of businesses and people.”

Meanwhile, Colliers notes that Manhattan, the nation’s largest office market, saw one of its weakest sales quarters on record.

Newmark also reports that suburban office product continues to outperform by 282 basis points on average, in part due to prevalence of single-tenant buildings with long term leases which offer an alternative risk profile compared with multi-tenanted urban product.

Over the past year, Newmark says, “The pandemic has clearly reoriented allocations, with institutional investors targeting assets with counter-cyclical and secular growth characteristics,” including life science, data centers, medical office, and self-storage. So far this year, such alternative sectors have comprised 16 percent of investor allocations, which surpasses those to conventional office by 1 percentage point.

Colliers cites specialized asset types of interest to institutional investors as including lab and life science, medical office, and cold storage. That last one is undergoing a transformation driven by shifting consumer habits, what Colliers calls the “last mile of food,” California, New York and Texas are the hotbeds for cold storage.