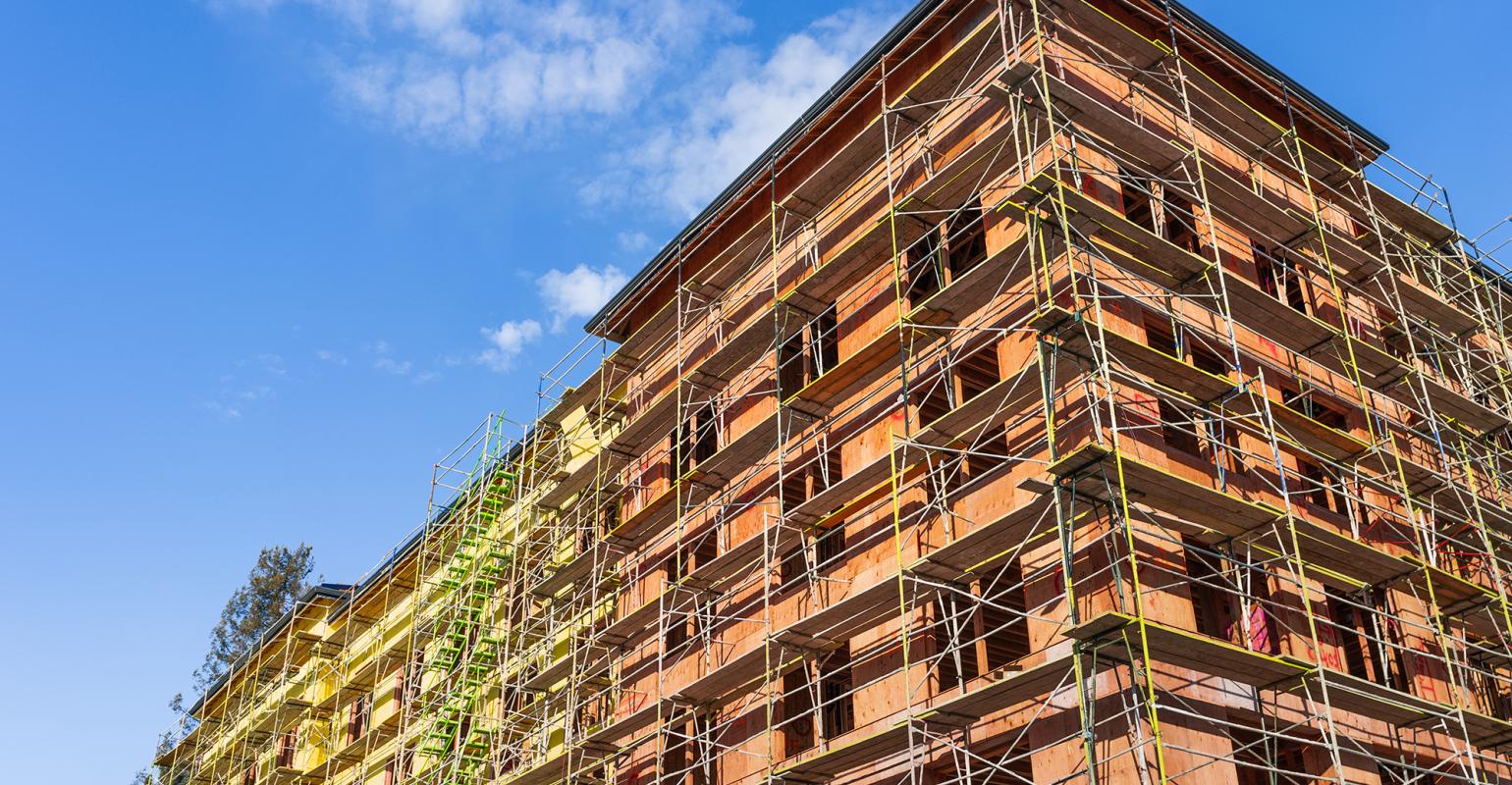 Despite the disruptions in the market, multifamily developers remain busy and lenders have been willing to provide construction financing.

Notwithstanding notable exceptions including San Francisco and New York City, where a surge in vacancies has led to rent reductions and generous concessions, the multifamily sector remains in a solid position despite the COVID-19 crisis. One sign of this is the fact that lenders remain willing to provide construction loans for many projects.

The rise in financing volume for apartment developments is a big change from early in 2020. “In March and April, there was demand but there was nobody lending,” says Korer. “In July it started to pick up. People were having conversations again.”

There are some exceptions. Many investors who own smaller apartment buildings have struggled to find small balance loans in the current climate. But many other capital sources remain aggressive, including Fannie Mae and Freddie Mac.

“Many of these projects might have been done a few months ago if they had not been delayed,” says Bob Barone, director in the White Plains, N.Y., office of Partner Engineering and Science Inc., a construction consultant to the lending and investment community. The firm participates in about 1,000 different apartment developments across the U.S. every month. “It has been busier than we expected.”

However, some apartments experts worry lenders won’t be able to keep financing loans at their current pace for much longer.

“Everybody is questioning whether banks can make their next loan down the line,” says Korer. “Lenders are getting full in certain markets—for some lenders there is already an exposure issue… Over the next six-to-nine months is construction money going dry up altogether?”

Renters continue to fill new apartments in many markets, despite all of the new apartments already opening their doors. And it’s happening even while increasing numbers of renters have been struggling to pay rents, as evidenced by the numbers reported in NMHC’s monthly Rent Payment Tracker. The COVID-19 relief package that Congress passed and President Trump signed into law late last year provided some relief in the form of direct payments and unemployment relief. But many observers think another rescue package is necessary to help cover the continued economic disruptions until the virus is more under control after more of the U.S. population has been vaccinated.

In its annual forecast, CBRE projected a “return to pre-COVID vacancy levels and a 6 percent increase in net effective rents next year, with a full market recovery occurring in early 2022.”

Banks offer recourse loans that cover 55 percent 65 percent of the cost of apartment developments for their stronger clients, according to Webb. Interest rates float 300 basis points, on average, over the London Interbank Offered Rate (LIBOR), which was extremely low at about 0.2 percent in late December 2020.

Banks also sometimes offer larger loans, though to receive a loan that covers as much as 75 percent of the cost of a development, a proposed apartment development would need a strong sponsor, says Korer.

Debt funds offer non-recourse loans that can cover 55 percent 60 percent of the cost of apartment developments, but many loans are still in the 50 percent range, according to Webb. Interest rates float, on average, 350 basis points over the LIBOR.

Lenders may be willing to make construction loans, but they are taking a much closer look at those loans—and their sponsors—since the pandemic scrambled the U.S. economy.