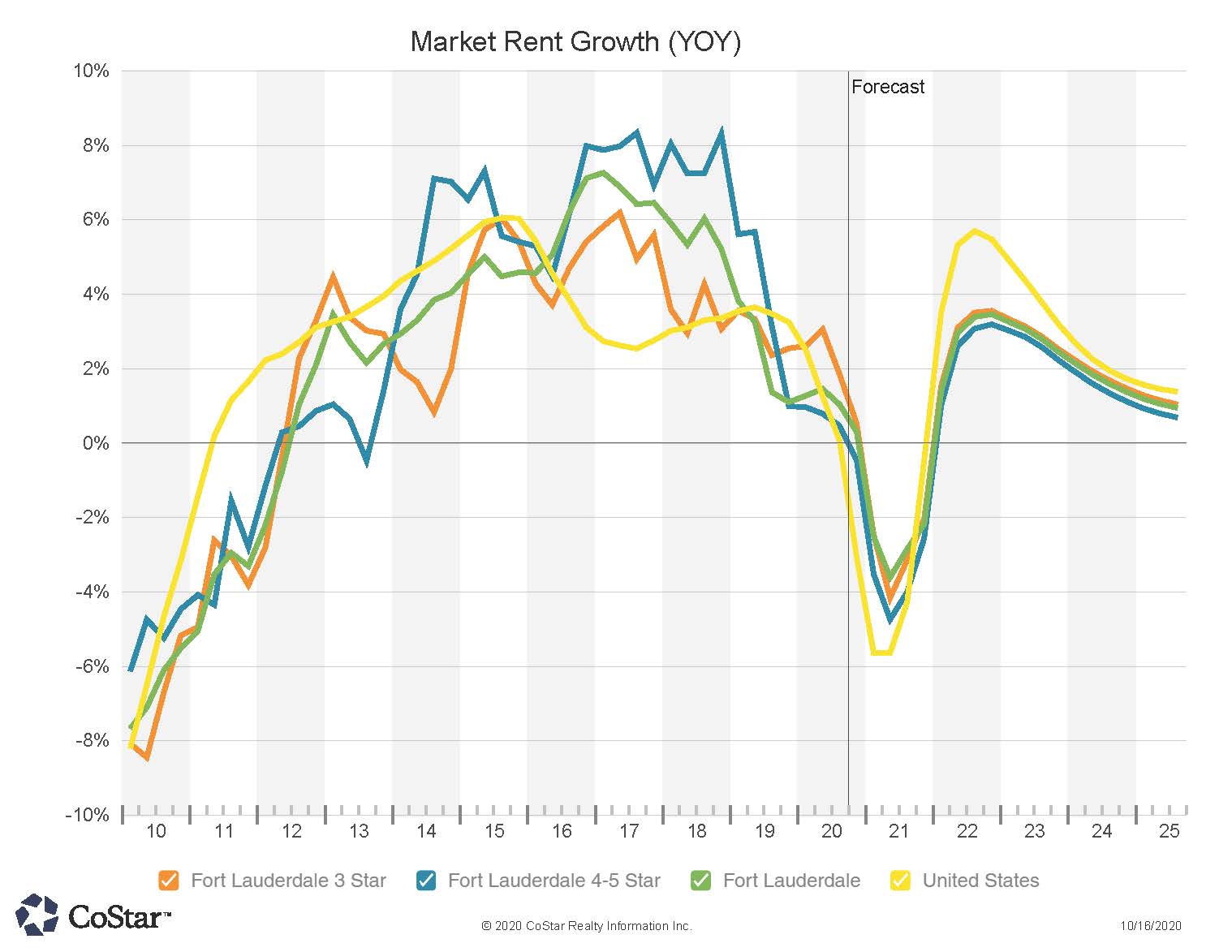 The onset of the coronavirus pandemic has had a significant operational impact on Fort Lauderdale’s office market. Construction has slowed down, and the vast majority of companies have transitioned their employees to work from home. The majority of the county’s office employment sector is operational remotely, while those that must work with public offices and the court system are at a standstill, as public offices will remain closed in the foreseeable future.

Vacancy rates remained below the national average, plateauing at close to 9% over the year before the onset of the pandemic. Depending on the severity of the economic fallout, vacancies could rise by two percent over the next year. Several large high-end office buildings are nearing completion, a fact that will add upward pressure on the metro’s vacancy rate.

Like the national market, Fort Lauderdale was at an advanced stage in the economic cycle before the coronavirus crisis onset. Vacancies had plateaued at close to 9%, as the market saw minimal new deliveries and absorption turned negative for several quarters. While the new supply was limited over the past five years, construction has picked up. Several large projects are in the works and are set to increase inventory by close to 3%, about a percent above the national average.

The upcoming supply wave puts further upward pressure on the vacancy rate. The demand outlook remains uncertain as the full impact from the coronavirus pandemic onset is unknown at this point. Depending on the severity of the economic fallout, vacancies could rise by a further 2% over the next year.

The demand outlook remains uncertain, as the full impact from the coronavirus pandemic is unknown at this point. A weakening economic outlook will likely translate to significantly lower rent growth over the next few quarters. Rent growth across the Broward office market was on the decline and below the national average for several quarters prior to the onset of the coronavirus pandemic. While decelerating rent growth is a national trend, the rising supply and several quarters of negative absorption put Fort Lauderdale’s rent growth in a weaker standing.

Areas with higher construction, especially in the metro’s urban core, are likely to see the largest rent declines by the end of the year. Suburban office markets did quite well over the past five years and managed to attract several large tenants as well as most of the metro’s large construction. While Fort Lauderdale’s suburbs were the largest demand beneficiaries, they will not be immune to the fallout from the onset of the coronavirus pandemic.

Transaction volume for the year before the onset of the coronavirus pandemic was substantial and comparable to the prior year. As with the rest of the country, the coronavirus pandemic has disrupted the financing and added uncertainty when pricing transactions that are currently in the pipeline. Lending spreads have recently widened significantly, something that could cause many deals that are now in the works to get canceled or renegotiated.

Before the onset of the pandemic, most buyers were seeking opportunities in Fort Lauderdale’s suburbs. Growing suburban submarkets, like Sawgrass Park, Southwest Broward, and Cypress Creek, accounted for half of the year’s activity, with several $10 million to $50 million transactions. The metro’s urban core, Downtown Fort Lauderdale, accounted for another 20% of the volume.

Prices rose by close to 40% over the past five years. Valuations rose on the back of strong rent growth, as well as by the limited supply. However, supply is on the rise, and uncertainty is extremely high, given the onset of the coronavirus pandemic.

The loss of economic confidence could lead to rising vacancy rates and declining rents over the medium term. As cash flows become less certain, valuations will become inherently riskier and, together with more expensive financing, will likely lead to a significant reduction in investment activity over the next couple of quarters as investors sit on the sidelines while the dust settles.

Retail trade jobs have also been hit hard while shops have closed, and many people choose to stay home even after mandates have been lifted. About 113,000 people worked in retail trade in Fort Lauderdale pre-pandemic. As of the BLS’ August report, more than 8,000 such jobs had been recovered since the state re-opened in mid-May but the sector was still down more than 5,000 jobs from February. 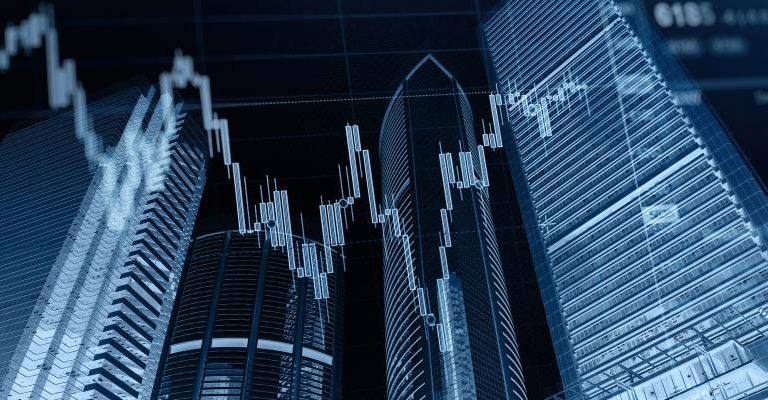 Loans Backed by Office Buildings Were Supposed to be Battered. That Prediction Proved Wrong