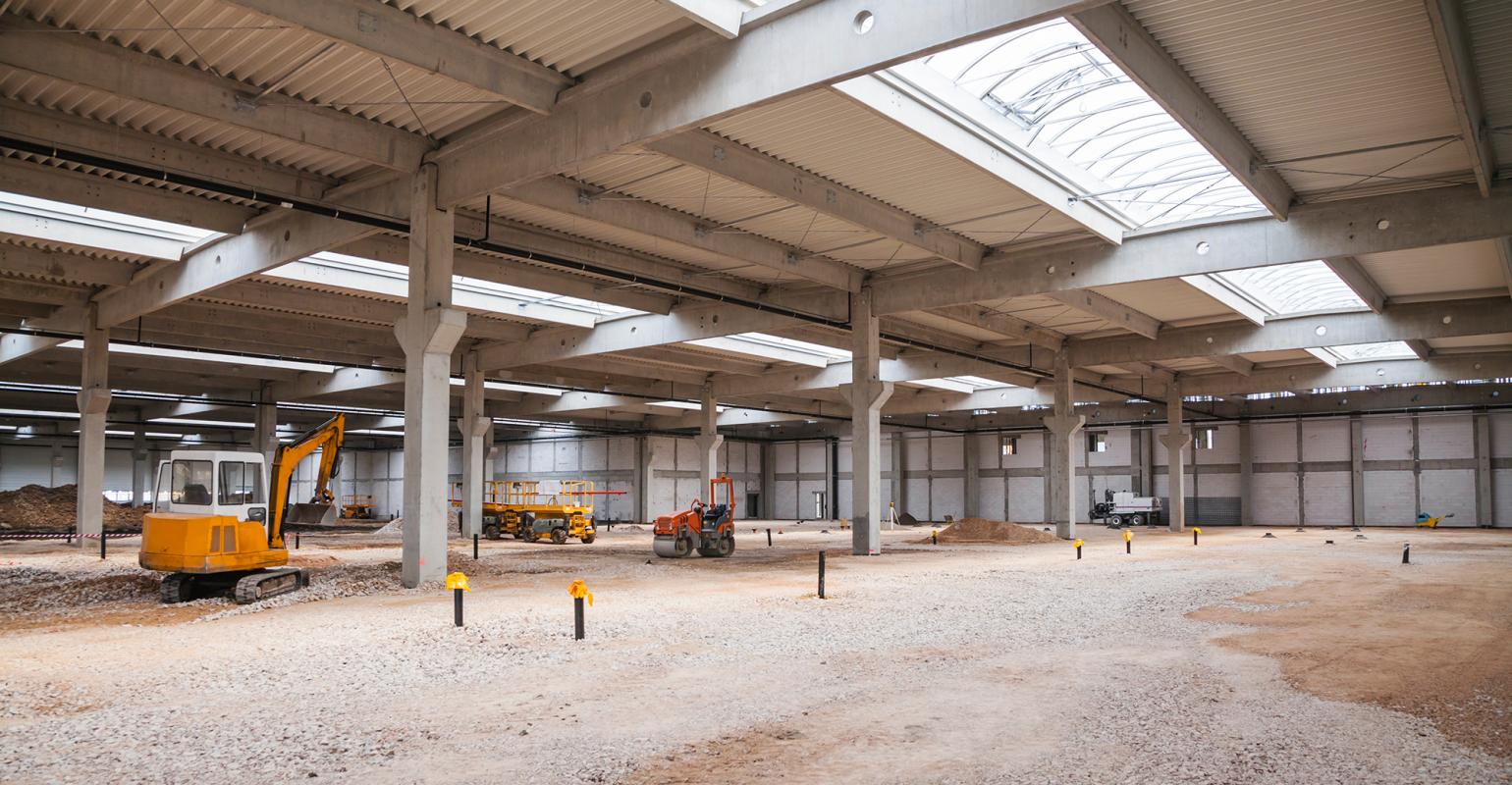 Accelerating demand for industrial space is driving a boom in speculative construction in the sector by investors and developers across the board.

As Amazon, Fedex, DHL, UPS and a number of other end-users are expanding their distribution footprints, according to real estate data firm the CoStar Group, developers are responding with a record level of new industrial product. At the end of the second quarter, nearly 575 million sq. ft. of new industrial space was in the pipeline, notes Matt Dolly, research director with real estate services firm Transwestern. That marks a 10 percent increase from the first quarter and a 30 percent increase from a year ago.

And it looks like there will be enough demand for it. Over the last year, 384 million sq. ft. of new and existing industrial space available in the U.S. was absorbed, the highest 12-month total since 2018, according to Transwestern data. CoStar expects industrial absorption to remain above historic levels for the next three years. Real estate services firm CBRE is even more optimistic in its outlook, predicting positive absorption for another decade.

“Eventually, the big e-commerce companies will perfect their supply chains, and absorption could slow down, but we’ve had 45 consecutive quarters of positive absorption and another 45 are expected,” says Dallas-based Jack Fraker, vice chairman and managing director with CBRE Capital Markets.

Demand for industrial space remains highest in core markets, including for Dallas, Houston, Atlanta, Southern California’s  Inland Empire, Northern New Jersey and the Lehigh Valley corridor in Pennsylvania. But there is growing demand in the Sunbelt, which is evidenced by more product under construction in Savannah, Ga., Austin, Texas, Nashville, Tenn. and San Antonio, notes Dolly.

According to a CoStar analysis of 54 markets, speculative projects comprise more than half of all new product under construction, the majority of it involving larger assets. Nationally, new projects average 300,000 sq. ft., notes Fraker. Seventy-three projects containing more than one million sq. ft. are underway in the nation’s core distribution hubs.

“We are seeing significant increases in spec development in markets like Savannah, Salt Lake, Atlanta, Dallas, Inland Empire and generally across lower-cost and high-growth Southern and western metros,” says CoStar Senior Consultant Juan Arias. “We expect markets like Lehigh Valley, Las Vegas, Inland Empire, as well as most of the aforementioned markets, to gobble up space at a fast clip over the next two years.”

Spec industrial projects are leasing up before they are completed, giving both developers and lenders confidence in the sector’s performance and low level of risk, adds Fraker. In fact, leasing momentum is now often beating the lender’s proforma criteria, which require lease-up within nine to 12 months of completion. “In Southern New Jersey, projects are leasing up a month before construction starts,” he says.

Of the industrial spec construction projects with more than one million sq. ft., only about one-third of the space—26 million sq. ft.—remains available for lease, Fraker notes.

All types of developers and investors are now active in industrial spec development, according to Fraker, including publicly-traded REITs, national merchant builders backed by institutional investors, real estate funds and private developers. A number of industrial developers have recently entered the spec market, according to Dolly, including USAA Real Estate, the Rockefeller Group, Advance Realty Investors, North Signal Capital, Northern Builders Inc., The Keith Corp., and Hines. Still, the sector’s most prominent players—Prologis, Duke Realty and Clarion Partners, remain the most active in developing warehouses on spec.

While the big banks—Bank of America, Citibank and Wells Fargo—are actively providing financing for spec industrial construction, Fraker notes that regional banks, debt funds and other sources are playing in the space too. The loan-to-value (LTV) ratio for spec industrial projects has remained at 60 percent, according to Doug Prickett, managing director with Transwestern.

“Due to the strong performance of the industrial space during the pandemic, high rent collection rate, low default rates, and strong expected performance going forward, I would expect there is more willingness to lend to this space,” says Juan Arias, of CoStar’s Advisory Services. “Still, all market players are increasingly watching the rise in speculative pipelines, and this is in the forefront of decision-making for most developers/investors and lenders,” he adds.

Similar to sourcing debt, finding equity for spec industrial projects is not a problem at the moment because so much of the global capital searching for attractive real estate investment opportunities wants to be in the industrial sector, notes Fraker. The biggest financial challenge for developers is competition for the best development sites, not sourcing equity, he says.

Spec developers are targeting an internal rate of return (IRR) in the high teens to low 20s, according to Fraker. For investors looking to buy new product, however, returns are declining. Spreads are narrowing due to competitiveness for industrial assets and the heavy volume of capital flowing to this sector, says Prickett. Cap rates for new, well-located industrial assets range between 3.5 and 5.0 percent, notes Arias.

But so far, it’s not deterring investors because of record rent growth. “Investors can buy at a year one low cap because they can be reasonably certain that during a 10-year hold period net operating income will continue to go up every year due to rental growth and increase returns,” says Fraker.

“Primary markets have seen [taking] rents in the teens, in some cases 50 percent higher than the asking price for older product,” says Dolly.